If you’re wondering whether you should build your new home in Boulder, Colorado or not, in some ways, the answer might be why not? Here’s are some great reasons you should want to put down your roots in Boulder.

You love an athletic lifestyle

Boulder proudly holds the title of Healthiest town in America. This title is largely based on data compiled by the annual Gallup-Healthways Well-Being Index. If you go to check this index and find Boulder missing, there’s a good explanation for that.

The index used to look at all the cities in America, and when that was the case, Boulder consistently came out on top. But then they changed the index to only count the top 100 largest cities in the country. Boulder isn’t large enough to be on the index any longer, but nothing has really changed.

The town is a haven for bikers, hikers, and trekkers of every kind. You’re as likely to see someone wander by on their way to go canoeing as a group of friends out to practice yoga. Instead of a sea of fast food joints, as you’ll find in some American towns, in Boulder it’s easy to eat and live well. 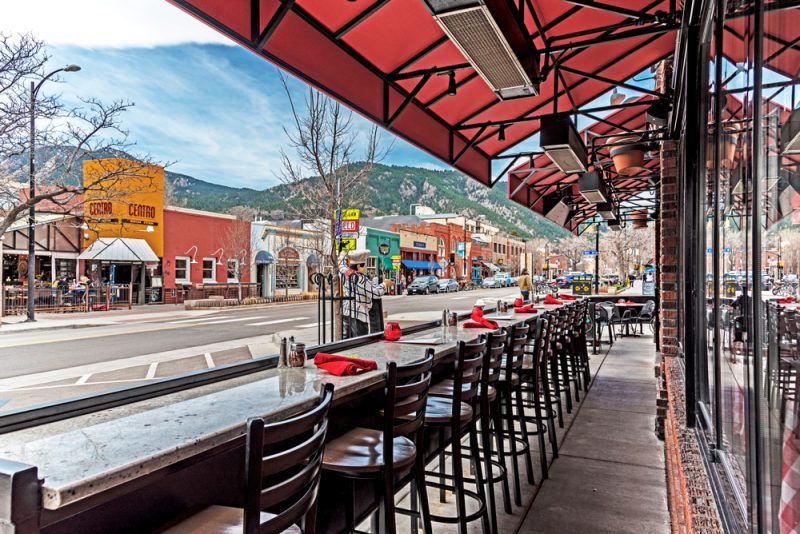 You want to feel included

Boulder’s population is almost all from “somewhere else.” The great architecture firms in Boulder Colorado are kept busy designing homes for those who move here to enjoy the rich culture; and to contribute to it themselves.

Since the population is from so many different places, Boulder benefits from a rich mixture of cultures from all across the nation. Boulder is all about accepting what’s different and embracing all the good new things that come their way.

If you’ve ever been concerned that you didn’t fit in, you won’t feel that way in Boulder. You’ll fit in precisely because you’re not originally from the area.

You want to live where the economy is robust

In fairness, Boulder isn’t the only place in America where the economy is currently booming. But unlike some other places, Boulder’s boom isn’t just a boom. It’s a long-term robustness born of the energetic vision its residents bring.

Boulder has the highest number of start-ups of any place in America, and the unemployment rate remains at a regular low of under 3 percent almost regardless of what the larger American economy experiences.

The University of Colorado helps to feed the lifestyle and economic prosperity of Boulder, but it would be a mistake to assume that Boulder is just another college town. Even when all the students are gone, Boulder remains vibrant.

There are other cities with very healthy lifestyles. You can find a glut of runners and health nuts in New York and Seattle, for example, and a wealth of healthy food offerings. So what makes Boulder special?

Boulder has managed to retain its small-town feel and friendliness despite the constant changes and regular influx of new people. As in small towns all over the world, people look out for one another. Someone who is just in life for themselves is unlikely to get very far in Boulder.

There also aren’t a lot of class differences in Boulder. Whatever the reason for this, and opinions vary, what it means in practical terms is that there is little to interfere with the strong sense of community.

You want to be happy

This may perhaps be the most important reason of all to come to Boulder. Not only does Boulder top the list for healthiest city in America, but it’s also consistently one the happiest. People here are at peace, both with themselves and with others.

People in this city are living the lifestyle they always wanted to and are ultimately setting a good example for their children. Whether you love fine music, local farm food, mountain vistas, or rock climbing, Boulder might just offer you life’s best chance for true happiness.

4 Warm Winter Getaways You Should Check

Enjoy America: 5 Ways of Traveling Around the US

On Tour: How Musicians Can Successfully Travel Abroad