Waterless urinals—though the concept may seem highly unusual, the simplicity, cost-effectiveness and increased hygienic qualities of these waterless wonders are what convince people that this technology is the way to go. Non-flushing urinals resemble conventional fixtures and can replace antiquated urinals with surprising ease.

The waterless-urinal concept emerged as early as 1992.  These remarkably simple units use such an elementary, yet advanced form of technology, eliminating the need for their flush or low-flush counterparts. 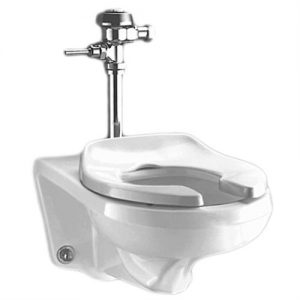 Waterless urinals remain odor-free since there is no mixing of water and urine.  Traditional flushable urinals allow water and urine to unite which produces a chemical reaction which generates the familiar ammonia smell.  Since waterless urinals are void of any H2O, no chemical reaction can take place.  A special trap liquid is present, as well, which allows for a complete barrier of odors.  This trap-seal liquid has a gravitational property that is lower than that of water.  When the urine flows down the bowl through the seal liquid, the odors are not able to travel back up through the liquid seal.  It’s really that simple!

Waterless, no-flush urinals are incredibly cost-effective.  Drastic water savings will be noticeable, and maintenance costs will be radically reduced or be non-existent.

Common issues one would expect from tradition urinals are eliminated or minimized through the use of waterless urinal technology.  Some nuisances that are eradicated or reduced include:

Waterless urinals eliminate flush water-supply lines; and flush valves are completely eliminated.  There are no handles to touch, no sensors to adjust—no moving parts, at all!

The idea that an inherently-odorous body fluid can be disposed of by a mechanism that uses no water seems almost absurd.   But simple science allows gravity-controlled urine to flow downward past a debri-collecting strainer.  It is, here, where the urine flows through the seal-liquid.  This liquid is oil-based (even cooking oil would work) and the oil remains floating above the urine, which collects in a waste pipe and is sent into the regular plumbing system.  Any air bubbles will rise to the top which leaves the urine in an almost-oxygen-free environment.  Consequently, odor is trapped below the oil layer and no offensive odors fill the room.

Urine is 95% liquid and its drainage is achieved through the use of good ol’ gravity.

A plethora of research findings provide some interesting conclusions.  These are only a few:

** Cal-Tech Study:  the amount of water that can be saved, by adopting water-free technology, can be three-fourths of a billion to a billion gallons a year.

Pretty astounding—something so simple, yet so effective!

Karen is a proud grandmother of three and a long-time school teacher and writer.  She writes on odd topics like plumbing technology.  For more about plumbing, like slab leak repair fort worth, check out Clearwater Plumber.

A Few Things That New Web Developers Need To Know

Can Mobile Phone Contribute In Education?