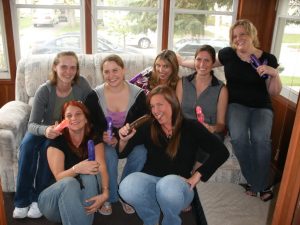 You may or may not already know this, but each year a gala honoring the highest achievers in adult entertainment takes place in Los Angeles. This year’s ceremony, which took place earlier in January, at LA’s Century Plaza Hotel, gathered all the major names in the industry, from Lindsay Lohan co-star James Deen, to heavyweights Ron Jeremy and Larry Flint, to upcoming crossover stars such as Sunny Leone – Bollywood’s latest discovery. Beyond the requisite glitz and glamor of the occasion (all served with a hefty side order of kitsch, of course), the 2013 event made it very clear that adult entertainment is perhaps one of the most profitable and healthy segments of the U.S. economy. This goes beyond the 35 weeks Fifty Shades of Grey spent at the top of the bestseller list in the New York Times and even beyond the frenzy its 20 million copies sold in the U.S. caused. At a cultural level, the state of the industry is likely to cause some uproar from the more conservative groups, which are being given fodder to decry the loss of America’s Innocence. Yet, the fact of the matter is that the economic robustness of the industry is a far more weighty argument in favor of the adult entertainment industry at the moment.

Going against the grain

The global financial crisis has definitely altered the way people choose to spend their money and this might just work in favor of the sex toy industry. According to the CEO of one company in the business, yearly sex toy sales in the U.S. are tallying up $15 billion at the moment. Online sales are definitely helping propel the business toward new heights of financial prosperity, since buyers no longer have to face the shame of walking into a bricks and mortar sex shop and risk being seen by familiars. Nowadays, when explicit video content, toys, lingerie, and accessories are only a click and a credit card number away, people are less reticent to consider such purchases. It also helps that they’re less eager than before the recession to spend their money on endless nights of fun out on the town. They’re moving the fun to their own bedrooms, by all accounts.

Sometimes, this fun actually involves sex toy-themed house parties, which resemble the Tupperware parties held by women in the Baby Boom generation. While women would get together back then to look at and sample recipients for food, nowadays they’re meeting up at friends’ houses to check out lubricants, roleplaying outfits, and sex toys. Usually, the sales representative organizing the party will receive a 10 per cent sales commission for everything they sell during one such night. One company that organizes events like these reportedly employs more than 75,000 sales consultants and its yearly sales figure for 2012 has been estimated at $120 million. And while issues of morality may linger on amid certain groups, prosperity is certainly not debatable, when discussing the adult entertainment industry.

Practical Fashion For Every Occasion

How To Dress Up For The Homecoming Dance