Asbestos is still a major concern for building contractors in the UK despite the awareness of the health problems caused by the material that was popular many years ago. The high cost of replacing asbestos in schools, public buildings and households has meant that much of the material installed many years ago remains in place today.

The problem is that the ability or knowledge of casual labour to recognise asbestos as a potential health hazard and the primary concern of contractors to stay within budget is putting people at risk of contracting a rare form of cancer by breathing asbestos dust when removing the material. 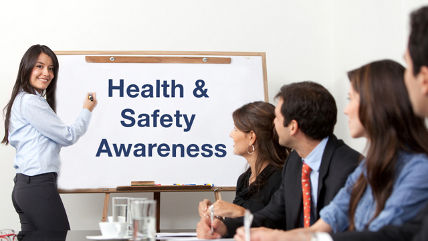 Lack of Reporting Contributing to the Problem

The lack of reporting is a constant problem for people who work in the construction industry because contractors are not obligated to report their earnings for its removal. This often leads to incorrect handling of asbestos by people who lack training in its removal as builders cut corners to save money. The health problems are not immediately noticeable because people who work in dusty conditions expect a certain amount of chest problems if they are not wearing breathing apparatus, but the lung fibrosis and mesothelioma, a rare form of cancer, can cause serious health problems later in life.

With the building industry undergoing a downturn in recent years, the idea that a contract could be lost to a cheaper quote has been a constant problem for those involved in the removal of asbestos. This puts innocent parties who may also work in the area or have asbestos in an older part of their home at risk when the material is disturbed. The situation has produced a lethal combination of a lack of knowledge and competition, driving the price of building work down. So even after years of understanding and people trying to raise awareness, new sufferers of asbestos related illness are diagnosed every year and the death toll is rising.

There are calls for training in asbestos removal to become mandatory in all building trades to arm people with the knowledge to recognise and deal with asbestos installations. Many independent companies train individuals and organisations to handle asbestos properly, but many more people will suffer from exposure to asbestos dust without mandatory training.

The building trade is obviously the primary concern for people who may be exposed to asbestos, but there are many installations in industrial locations, such as factory units, warehouses and domestic buildings that may have work undertaken by people who are not tradespeople. Building managers are obligated to understand the dangers of asbestos under the HSE regulation 4, which is known as the ‘Duty to Manage’.

Businesses are at risk and risk the health of staff or residents without the proper understanding of the regulations governing the handling of asbestos. Proper risk assessment is a crucial part of ensuring the safety of people who are at risk, however small that risk is, by occupying a building with asbestos.

The suspected problems associated with asbestos tend to cause building managers, builders and anyone responsible for the safety of others, to worry about the costs that could be incurred if asbestos is found. Most of these worries are unfounded because many installations do not need to be removed, but where renovation is taking place, simple compliance training would alleviate many of the worries. In relative terms, the cost of dealing with or learning about asbestos is much lower than any actions brought against a business because of an ignored duty of care.

Manage and Automate Business With Software