Many countries have exported their traditional cuisine. It was rarely a result of a planned strategy. It came about with the movement of people to different places and their traditional food following them. Several Asian cuisines have firmly established themselves in the West and Japanese food is among them. 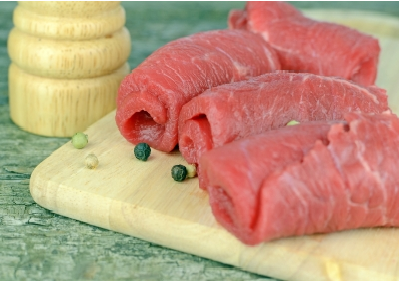 While Japan itself has been influenced by Western cuisine, if you can call fast food such as burgers and processed food in general cuisine, it is its tradition that remains at the core of its cuisine. Having said that Japan’s consumption of meat was relatively low throughout its history until late in the 19th Century. As Buddhists the Japanese were never great lovers of meat.

People continue to experiment with their food which has led to a much more focused approach towards the subject. In the case of Japan, business has recognised the opportunity and has planned to make their dishes available throughout the world.

When it comes to meat, the Muslim world demands halal and that is something that Japan understands and by the end of the decade the aim is to double export earnings in Japanese food. It would certainly be a significant boost to an economy that has not had the best of times in recent years.

Perhaps sushi is the best known of the Japanese dishes and as an island nation it is natural that fish plays a major part in the Japanese diet, but there are also popular meat dishes, rice and soups that are becoming more popular amongst people in all countries.

The Government is placing such importance in its plans that it is funding 50% of the costs of ensuring its meat is to the standard Muslims and others would expect. When it comes to beef, the top customers at present are Thailand and Hong Kong but Japan sees Saudi Arabia and the United Arab Emirates as countries with real opportunity for growth.

Within Europe, there is already demand, from countries with large Muslim communities such as the UK, for meat that can be used in popular dishes of all kinds ranging from Japanese to Thai and Sub Continent varieties.

The main thing is that the meat that is described as halal is produced to conform exactly to the definition. Japan understands that and so should you. If you want to find a genuine supplier you can research on the Internet to find website details of companies that can help. The strength of the Internet for business is that it can reach far and wide. It ensures that you will find plenty of information on the alternatives that popular search engines such as Google provide. You can then narrow down the field to those that look likely to be able to supply your needs.

Halal Beef is used in Japanese cuisine and in every recipe served in the Muslim world. If you wish to know more about the product and its availability then get in touch and ask the questions that will satisfy your curiosity.

Why Should I Buy Organic Food Products?