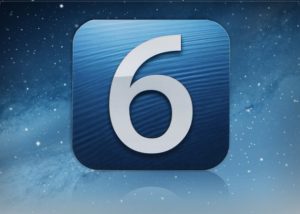 When iOS 6 rolled out the vast majority of reviewers and tech periodicals focused on the new features available good and bad. We heard quite a bit about the new camera features, Passbook and more than anyone (including Apple) cared to hear about the failure of Maps.  Yet the Maps debacle wasn’t the only problem with the OS. Soon after the launch, marketers started to observe a sharp drop in the observed traffic coming from iOS devices in their analytics packages, even if the number of views stayed the same. Instead there was a rise in unattributed Google traffic.

The mystery was solved pretty fast: the most of iOS6 Google search traffic was being passed on without a referrer. This was because in the new version of iOS the Safari web browser had its search box defaulted to SSL search. Therefore the entirety of the data was referrer-less and Google’s own analytics were unable to attribute the traffic as organic (which it was). The traffic is instead attributed as direct.

At first glance this seems like a small problem which would explain why this issue is still a mystery to many industry professionals. How much traffic do you get from iOS devices anyway and what’s the chance it  that it might actually have an impact on your traffic. Quite big actually. iOS isn’t Android, there really isn’t that much version fluctuation between devices. The adoption rate for iOS 6 is now almost 90% and the percentage of iOS users who still browse with Safari is a similar number. And let’s not forget that while the iPhone market isn’t the biggest one in terms of market share anymore, Android having whisked away that particular honour a year or two ago,  it still is the biggest tablet market. Finally, the percentage of mobile search is always increasing .One man did the math and estimated that sites might be losing upwards of 12% of their traffic due to this issue, a percentage shift that is sure to make any search engine marketing agency uncomfortable. If only about 20% of all traffic originating on an iDevice running iOS 6 is being recorded this can greatly skew the marketing results.

The recent expansion of Google on-line advertising campaigns and the launch of a new website designed especially to teach siteowners just how crucial mobile advertising is in this digital decade. Google should perhaps address this issue as well as fast as possible, perhaps by implementing a similar filter to the one applied to its Chrome SafeSearch traffic, which is correctly attributed despite being equally secured. The biggest problem, however, is not the bad data but the confidence hit for analytics, the very thing that is at the basis of all marketing metrics. Yet with Apple unlikely to change Safari for the benefit of marketers and Google unlikely to act until it becomes a real problem it is up to industry pros to solve the iOS conundrum, at least for now.

How To Achieve Success In Blogging