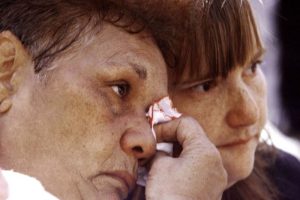 Despite public outcry and outrage at the state of the health system most locals really are stuck between a rock and a hard place. It might not be as affordable as it used to be but it’s almost impossible not to have it, thanks to the advent of a number of reforms and levies. There is the hope of the Coalition overtaking the election and reinventing everything all over but until then, the data seems to say it may be best to agree to disagree.

54% of locals have private cover but given the massive increase in costs many of them are reconsidering the value of having private cover. Does the extra 5.6% to be levied in April bother you as much as a four month waiting period for tonsil removal, a six month wait for a knee replacement or a three month wait for a hernia operation?

If you answered no to any of those questions you probably should not be thinking about dropping cover but then again, there are very few people who can afford to do so. The public system is, of course, very well-orchestrated, but only if you happen to have a life threatening condition. If you end up with anything less than that you could suffer a fair amount while you sit on a waiting list.

For generation Y there is the issue of the lifetime health cover loading which requires you to have a hospital plan by the time you reach six months after your 31st birthday by way of urgent financial stress. If you do not you will be charged a 2% loading fee for every year you are overdue.

To add to that there is also a 1 to 1.5% levy surcharge from Medicare for people who earn in excess of $84,000 per year and do not take out private cover (source: HelpMeChoose). If you are under the age of 26 you are probably lucky enough to still be covered by your parents’ policy but check this with your specific fund to make sure. It’s expensive to have cover, no matter your age, but the impact of the combined changes is more stressful on some age groups than other.

Generation X is a case in point. From Generation X’s perspective health insurance might seem like a no brainer but the government is making it more difficult for people to agree to private policies or at least agree without grudge. For Generation X the picture shows an increase of 5.6%, which is more than two and a half times more than the current rate of inflation and the loss of the 30% rebate for people who earn above a certain threshold. Accumulatively  all these factors mean that the cost of health cover is 50% greater than it was 12 months ago, a phenomenon that is going to come down hardest on baby boomers and Generation X.

For baby boomers and retirees the cost of healthcare goes up exponentially as they get older. Unfortunately it comes at a time when people are earning less, working less and actually hoping to settle down with some money.

Baby boomers may have prioritised their pension and retirement savings until now but the question has to be asked: what happens if you are not healthy enough to enjoy it? You also need to come to understand that as you get older you are probably not as fit or strong as you used to be, you might need hearing or vision correction, or you may have severe or chronic illness. So, while the financial output and increases might affect you the most, once you get to this age group not having health insurance cover becomes mores of a liability.

Bike-Friendly Cities: Why You Should Still Use Extra Caution When Riding On Busy Roads