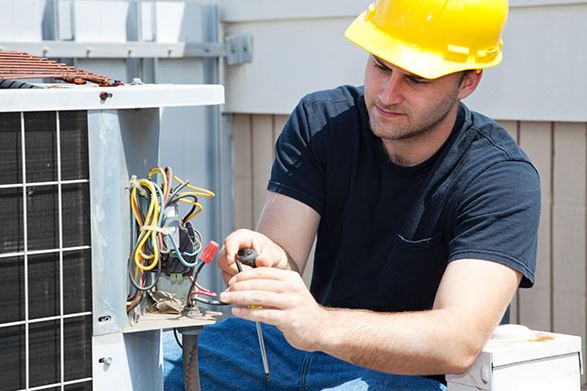 The House is Very Old

A house can be so old that it wasn’t originally wired for electricity when it was built. It’s possible that it was finally electrified decades ago, and the system has not been revisited since. This almost certainly means that the electrical system is in violation of the local electrical codes. If a homeowner isn’t sure that their old house has an up-to-date electrical system, they should call in a professional like the ones at Beckstoffer-Welsh Inc. and have it checked and updated if need be. If the entire house needs some renovation, the electrical system should take priority.

If lights and appliances keep going out and the electrical system short-circuits more than once in a few years, it probably needs to be overhauled.

The homeowner should go to the circuit box and look at the breakers there. If a breaker for one area of the house keeps flipping even though it should be able to handle the load, there’s probably something wrong. An electrician should be called in if the box is warm to the touch, or the homeowner hears a sizzling sound.

A Too Heavy Electrical Load

It is inevitable that the longer a family lives in a house, the more electronic gadgets and systems are going to be added. A fridge that has its own computer system may be more energy efficient than the old one it replaced, but it shares the electrical system with an espresso machine, a garbage disposal, a dishwasher, equally computerized oven, washing machine and dryer, a state-of-the-art HVAC system, televisions and other entertainment technology in every room as well as desktop computers, laptops, tablets and smart phones that need to be recharged frequently. If someone in the home has an electric car, it’s even more of a drain.

In the end, all of these appliances can simply overload a system. A homeowner who suspects that too many things are eating too much electricity should call in a contractor to either see if the house’s system can handle the load or if it needs to be upgraded.

Overhauling a home’s entire electrical system can be pricey, but in the end a homeowner can’t afford not to.

Decorating Tips for Your Bachelor Pad

Bring Peace Into Your Home

Why Is My Old House Making So Much Noise & How Can I Get Peace?