Though spring is still a few months away, you can already start planning your next outdoor barbeque. One of the challenges of preparing for any activity in your garden or at a park is ensuring that insects stay away. Of course, you’ll want to enjoy your meal and conversations instead of spending most of your time swatting away flies or mosquitoes. Aside from these irritating bugs, you also have to worry about stinging pests. 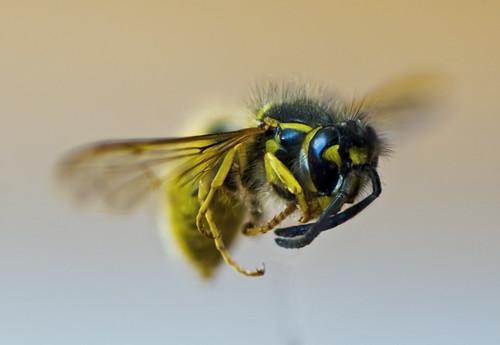 The wasp is one of the most infamous stinging pests around because not only are its stings painful, but these can also cause a severe allergic reaction. This is also known as anaphylaxis, which is characterized by widespread hives, generalized swelling, or difficulty of breathing, and it can result in death if the victim is not immediately brought to a hospital for emergency treatment.

Another disquieting thing about wasps is that they can live very near you and your family, thereby endangering your well-being. You might not even know that they’re close by. This was the case of a homeowner in Tennessee who explained in one of his reviews for Rove pest control services that he only learned that wasps were living under his wood deck after the pest control experts discovered the creatures while searching for spiders.

So, it won’t hurt to have your home thoroughly inspected for pests before scheduling any outdoor gathering. You can do this once spring arrives since most insects come out as soon as the weather gets warmer.

On your next barbeque, there are also a number of things that you can do in order to keep stinging pests away. Here are some helpful tips.

Wasps love floral or sweet scents from soaps, shampoos, perfumes or candles. Because of this, you and your guests should avoid spraying too much cologne or wearing aftershave. You can also try to counteract the odor that’s attractive to stinging pests by using plants that they hate. Place pots containing either a mint or peppermint plant on your table. These will make your table look attractive and they’ll deter the flying pests at the same time. Another great idea is to create potpourri that is saturated with the smell of menthol or eucalyptus. Wasps and many other flying or crawling bugs hate such odors.

Stinging insects prefer fruits (the riper the better), as well as sweet things, like fizzy colas, wine, ice cream and chocolate. Keep these and all served food in containers that can be tightly sealed. In order to deter wasps, you can also spread a few slices of cucumber on the table. The fruit (yes, it’s a fruit not a veggie) has a refreshing aroma that’s attractive to humans but repelling to wasps. If you also have problems with ants, you can also scatter around some bitter cucumber peels. Another option is to do the barbequing outdoors and the eating indoors where wasps can be easily kept out.

It is easy to make your own wasp nest. Get a medium-sized paper bag and fill it with loosely crumpled plastic bags. Tie the opening with twine and hang it. The wasps will see the bag and think that it’s a nest. They are territorial and will not approach an area that’s already supposedly occupied by other wasps. Many say that it’s quite effective against hornets and yellow jackets too. Incidentally, you can also buy ready-made fake nests online, such as the Waspinator.

Your barbeque dress code should exclude yellow, white and most floral colors because wasps are drawn to these shades. It’s also a good idea to steer clear of these hues when planning the decorations for your outdoor event.

When you hear a buzzing sound near your ear, don’t flap your arms in panic. This will further aggravate the wasps. Also, remember that swatting a lonely wasp will not solve your problem. The squished body of the creature releases pheromones that will attract more wasps to your area.

This blog post was contributed by Claire Brent, a full-time freelancer who has done a lot of research about pest management. She’s had her share of pest problems, and she recommends Rove Pest Control? at 1838 Elm Hill Pike #139 in Nashville, TN 37210 for those who need expert assistance.

Practical Fashion For Every Occasion

Outfit Ideas For Every Body Type

Choosing The Right Photographer For Your Project