Everyone knows that counterfeit clothing exist, but at the same time comparatively few realise just how vast and widespread the problem really is. It’s of course a case of criminals taking anything that’s in-demand and exploiting it for their own benefit – any clothing that’s even remotely desirable is the kind of prospect the fakers simply cannot resist. And of course, the advent of the online fashion store has made it easier than ever for those wishing to do so to pass off their own counterfeit goods as the real deal.

This of course doesn’t paint the most pleasing picture for the buyer – a world of fake goods being produced illegally and passed off as genuine. Nevertheless, it is in fact perfectly possible to completely avoid falling foul of pretty much every fake goods scam on the web – especially those to do with high-end clothing and designer brand names. 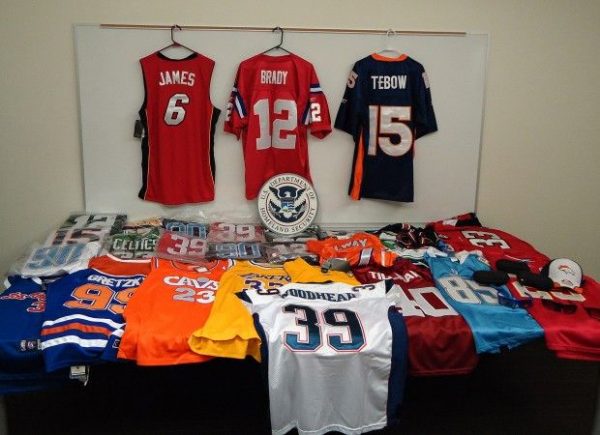 For example, while there might be such a thing as finding a good deal, there’s sadly no such thing as an outright bargain when it comes to genuine designer goods. No matter what it is you’re looking at, the item will have something of a set MSRP and also an average price for which it is being sold at other retailers. As such, if the general price for the bag you’re looking at is around the $750 mark and you come across a store selling it for $60, this should be sufficient to tell you what’s what. No matter how much they promise it’s all above-board and certified, it of course is anything but.

Common sense should tell you that in order for a retailer to stock up on high-end designer goods and go into business, they need to be both highly-professional and know what they’re doing. After all, it can cost a small fortune to get started in this line of work which makes it no place for amateurs. This is precisely why another of the most obvious tell-tale signs of a dodgy dealer is that of a website that looks like it was created on a $40 budget by a bunch of people who probably couldn’t spell ‘luxury’. Think of it this way – if you walked into a seedy general store and saw a pair of Gucci shoes on sale, would you even for one minute think they were real? Or for that matter, think about buying them? Of course not, so be sure to use the same logic here.

Those who sell real designer gear can usually go on about how great they are for hours and tell you the product’s every detail until the proverbial cows come home. By contrast, con-artists generally just list the product and its apparent ‘bargain’ price…that’s it. If there’s no real information there, this is more often than not a tell-tale sign it’s never been anything close to authentic.

Without any shadow of doubt, one of the easiest and most important checks to carry out when looking to buy this kind of gear is that of getting in touch with the seller directly to ask a few questions. First of all, actually getting in touch with fraudsters is usually nigh-on impossible which is the first warning sign to watch for. Secondly, if they aren’t what you’d call a bastion of professionalism, then it’s usually safe to say you’d be better off not bothering – it’s just not worth taking the risk. Last up, in about 99.99% of instances it is only ever the fakers that get either offended or agitated when asked directly about the authenticity of their products. By contrast, those with nothing to hide will laugh off such suggestions and provide all the evidence you need.

Take the time to have a look around the site to see if there are any signs to show that these guys are in fact certified and permitted to sell the products of the brand they claim to be representing. And if in any doubt, why not reach out to the designer brand’s HQ and ask them personally?

Last but not least, there’s really nothing to gain from taking the chance on any suspect retailer without first turning to Google to find out a little more. Chances are a quick search or two will be all that’s needed to find out the truth from those who have tried and tested their products and services before. If what they’re selling is the real deal, you’ll find out in an instant – if on the other hand they’re bogus…well, let’s just say it’s better to learn from other people’s mistakes, rather than your own!

The Life Of Luxury: How To Find The Perfect Home For Your Luxurous Lifestyle

5 Must Have Fashion Accessories For Summer 2013