In 1995, Debbra K. Wright filed suit in Cook County (Chicago) Circuit Court against Motorola, the manufacturer of her cell phone, claiming that the device caused her brain cancer, and that the company had “conspired” to withhold safety information regarding cell phone radiation from the public.  Wright claimed that she had been using cellular phones since 1988 when she began selling the devices, and that in 1993, she was diagnosed with a brain tumor on the same day a Motorola engineer spoke on CBS News, claiming his own brain cancer was the result of radiation from cell phone antennas. 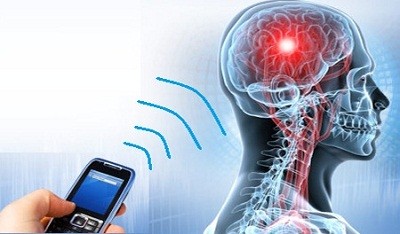 Wireless Technology Research (WTR) began studying the effect of cell phones on health in February 1995 through late 1999 at a cost of $27.5 million.  During this research, Wright, who worked for the mobile phone company, attended workshops headed by George Carlo, who headed the WTR program.  According to court documents, employees at the workshops were taught to dismiss any questions from customers regarding the safety of cellular devices.  When Wright filed the lawsuit, she included Southwestern Bell, as well as WTR and Carlo as defendants.  Motorola, who was the main supporter of the WTR program, withdrew funding from the project and created an internal research program, eventually providing financial support to a European Union research program.

In December 1995, Cook County Circuit Court dismissed George Carlo and WTR from Wright v. Motorola.  Judge Paddy McNamara ruled that despite the extensive data Wright compiled regarding Carlo and the scientific study he headed, there was no evidence that the defendants were involved in a conspiracy. Eventually, Wright resolved the case with Motorola and the remaining defendants under an employee-employer settlement that remains confidential.

At the same time the Wright case wound its way through the courts, another landmark case, Newman v. Motorola, was also filed, claiming that his use of a cell phone for nearly 350 hours cause him to develop brain cancer.  The Newman case was dismissed as there was no documentation that the brain cancer was caused by his use of the cell phone.  Today, his litigation would have been dismissed even sooner as long as the cell phone he was using was approved by the FCC as courts have ruled that the organization’s recommendation for safe levels of radiation are sufficient.  Many legal analysts argue that using the FCC standard should not bar state tort lawsuits as allowing the litigation to proceed could result in safer mobile devices for consumers.

There is significant scientific evidence that long-term cellular phone use increases exposure to low-level radiation, which could lead to health risks in humans that includes brain cancer.  The radiation absorption level used by the FCC has remained unchanged since 1996, despite rapidly growing cellular phone technology, which could lead to increased levels of radiation rather than decreased levels as the FCC claims.  For this reason, brain cancer that occurs in people with high cellular phone usage may have a product liability case against the manufacturer.  Although the Wright litigation was settled out of court, it brought to light the fact that cellular phone manufacturers may have been aware of the risks of exposure, and the lawsuit may have brought the problem to the attention of the American public.

Darren Rockefeller is a freelance writer focusing on issues related to cell phones, including cell phone accessories, cell phone insurance and so forth; iPhone owners interested in the latter are encouraged to view Protect Your Bubble iPhone insurance.

Enjoy The iPhone 5s Apps Better and Protect Them Right

Starting A New Business With Old PCs: How To Boost PC Speed For Success

3D Infographics, All You Nedd To Know About