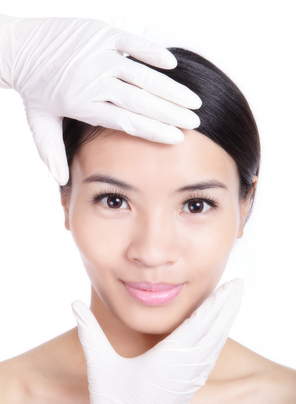 Cosmetic surgery, or aesthetic surgery, is a branch of plastic surgery that deals with the beautification of the physical features of a person. It mostly involves changing the shape and size of the nose, lips, eyes, jaws, skin and breasts to make them look more beautiful and attractive. In older people, it is usually performed to remove signs of aging. In North America, the most popular cosmetic surgeries are nasal surgery, eyelid surgery, liposuction, breast augmentation and abdominoplasty.

If you are considering cosmetic surgery to look better or younger, or to completely change your looks, then you should be familiar with the various types of cosmetic surgery. Here are some popular cosmetic procedures:

Also called eyelid surgery, it reshapes the eyelid to make it look better or to apply a permanent eyeliner. In East Asia, it is done to create or enlarge the eyelid.

It improves the shape of the lips, usually by enlarging them to look fuller. The recipients are mostly women who have thin lips.

Also called nose job, it reshapes the nose by making it larger, smaller or straighter. The recipients are both men and women who are not happy with the shape and size of their nose.

Also called “tummy tuck”, it reshapes the abdomen to make it leaner and firmer. The recipients are people who want to look slim and fit.

Also called suction lipectomy, it removes the fat deposits using either traditional suction technique or ultrasonic energy. The recipients are chronically overweight and obese people who are unable to lose weight in any other way.

Also called face lift, it removes wrinkles and other signs of aging from the face of a person. Browplasty elevates the eyebrows and makes the forehead smoother. Midface lift tightens the cheeks.

It reshapes a woman’s breasts to make them larger, smaller or firmer. Breast augmentation, also called breast implant or boob job, increase the size of the breasts by means of fat grafting, silicone prosthetics or other methods. Reduction mammoplasty, or breast reduction, reduces the size of the breast to treat back and shoulder pain in women. Mastopexy, or breast lift, lifts or reshapes the breasts to make them less saggy.

Author’s Bio: This guest post is submitted on the behalf of Addison Jones. If you enjoyed Addison’s writing, a highly recommended source of information is Cosmetics Canada especially for those who want to learn more about cosmetic surgery.

A History Of Helping Hands: 5 Surprising Facts About Social Work

by Anica O
One reply on “7 Popular Beauty Enhancement Procedures”