As the most populous province in Canada, Ontario boasts some amazing cultural and natural attractions. From the capital city of Ottawa to the metropolis of Toronto, there is a myriad of sights to explore. Here are just a few locations that you should definitely check out next time you are in the area.

Soaring more than 1,800 feet above the streets of Toronto, the CN Tower is an iconic landmark that offers breathtaking views of Canada’s largest city. The LookOut, Glass Floor and SkyPod allow you to enjoy different perspectives of Downtown Toronto and Lake Ontario. You could take a daring tour on the EdgeWalk, an exterior catwalk on the 116th level.

Known for its political and architectural significance, Parliament Hill in Ottawa immerses visitors in national history and culture. The most notable building on this site is Centre Block, a stunning Gothic-Revival palace that’s home to the Canadian parliament and other branches of government. There are also more than a dozen statues and monuments that highlight great Canadians such as Sir John Alexander Macdonald and Alexander Mackenzie.

Situated in Midtown Toronto, Casa Loma is a Gothic Revival castle that brings European character to a busy urban district in Canada’s biggest city. Several floors feature displays of period furniture, artifacts, rifles other items that highlight a lavish lifestyle in one of Toronto’s grandest private residences. The beautiful gardens and fountains at Casa Loma rival some of the largest botanical gardens in Canada. 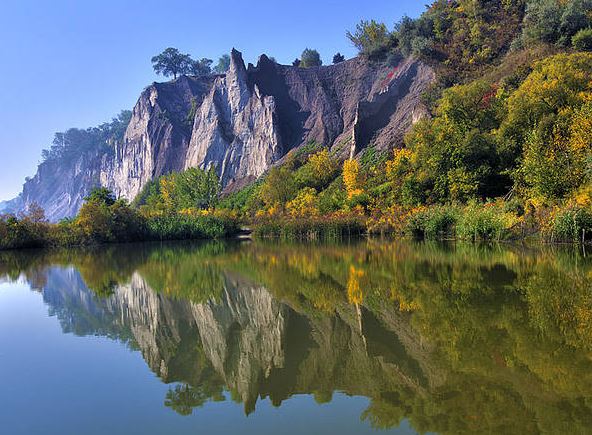 Some of the most impressive natural wonders in the Toronto metropolitan area include the Scarborough Bluffs. Rising as high as 300 feet above Lake Ontario, these chalk cliffs are truly spectacular to look at. The formation of the Scarborough Bluffs occurred during the Ice Age, and today they stretch for more than eight miles mostly along Kingston Road. Cathedral Bluffs Park offers some of the best access to the top of these geographic wonders. 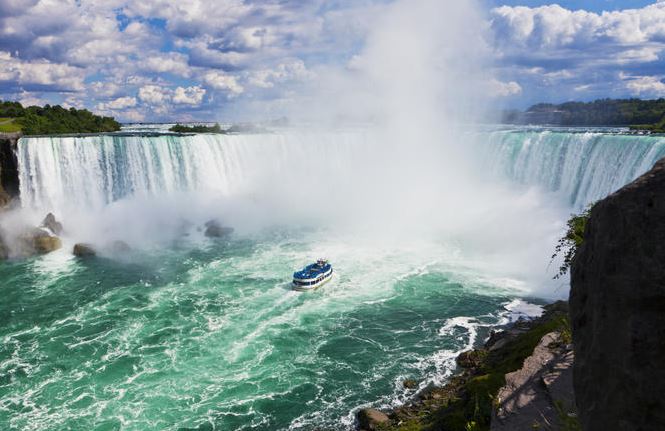 The Horseshoe Falls and American Falls are without a doubt the most iconic attractions in Niagara Falls, Ontario. The waterfalls, along with rainbows, are actually visible from many points throughout the city. For example, the observation deck at the Skylon Tower offers great views of most of Niagara Falls. Many of the high-rising hotels in Downtown Niagara Falls also have rooms with unobstructed views of the world-famous waterfalls. The Table Rock Welcome Centre is another popular place for visitors to explore the sights of Niagara Falls. You might even consider renting an RV from Jamieson Car and Truck Rental to get a real feel of the area if hotels aren’t your thing.

The summer season is the best time to discover the natural wonders of Ontario. Tourists who visit the province in the winter usually find themselves visiting world-class cultural venues such as the National Gallery of Canada and Royal Ontario Museum. These attractions and others’ are what keep the tourist coming year after year. Consider visiting a couple next time you are in the area!

Why You Should Build Your New Home in Boulder, Colorado

It is time to discover Brac