In the same way that much about the history of Freemasonry remains a mystery, so does the history and meaning of many of its symbols. They seem to be everywhere, appearing on everything from the United States one dollar bill to sports club logos. While wild conspiracy theories abound, it is said that even the Masons themselves are taught that many of the symbols should be left to personal interpretation. Here are five of the most prominent Freemason symbols and a brief explanation of each. 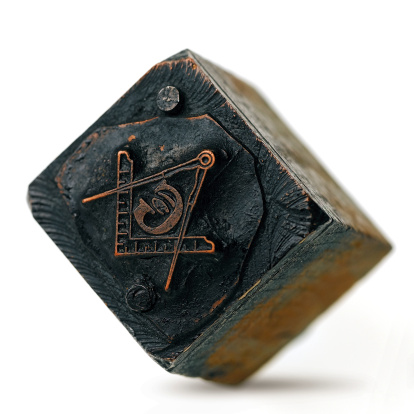 Also called the Masonic Eye and the All-Seeing Eye, this symbol is allegedly used by Freemasons to represent the eye of God. It is said to represent God’s presence in the universe, and serve as a reminder to Freemasons of God’s awareness of their actions and thoughts. Most prominently displayed on the back of the United States one dollar bill, the Eye of Providence is often pictured inside of a triangle.

Most prominently featured in the middle of another Mason symbol, the square and compass, the letter “G” is, on its own, a symbol that is easily connected to Freemasons. There are many theories surrounding the meaning of the capital letter G in relation to Freemasons. Some of the leading theories state that the G is a reminder of God’s presence or that it stands for geometry.

This is the most easily identifiable of all Freemason symbols, especially when the capital letter “G” is placed in the center. Since both the square and compass are tools used by architects, it makes sense that Masons would use them in their symbolism. It is speculated that Masons use the square and compass in their rituals to teach lessons. However, because Freemasonry does not place specific meanings on their symbols, there is no established interpretation.

Another common Mason symbol is the double-headed eagle. Of course, this symbol has been around for centuries, but is most closely linked to the Scottish Rite of Freemasonry. The double-headed eagle can be found on the Coat of Arms of countries, past and present, as well as a number of international sports clubs, including England’s professional football club, AFC Wimbledon and Scotland’s professional football club, St. Johnstone F.C.

Generally combined with the Eye of Providence, as well as the sun, this symbol, which is depicted as either a left or right-facing quarter moon surrounded by seven stars, is said to represent God, as well as serve as a reminder for the lodge officers to govern with consistency.

While much about both the origins of Freemasonry and its symbols remains speculative, this  serves to peak people’s curiosity even more. A bit of research can help answer some common questions and even serve to dispel common myths that surround Freemasonry.

Taking a holiday with a sporting flavour