The stock is possibly just as unpredictable as human behavior – if not even more unpredictable. Perhaps that’s why it has a history that includes so many interesting facts. Learn these 5 interesting historical facts about the stock market. They might not make you a better investor, but you’ll rule at trivia night. 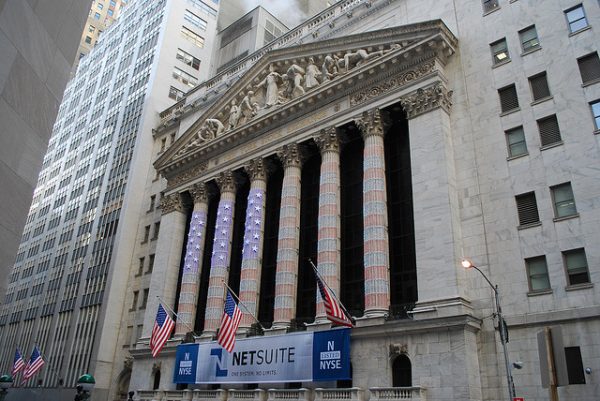 The New York Stock Exchange (NYSE), which was founded in 1792, is the largest stock exchange in the United States. A group of stockbrokers created the NYSE by drafting a document of rules and regulations called the Buttonwood Agreement.

Fact #2: The Dow Jones is Named for Two Journalists

The Dow Jones Industrial Average is named after Charles Dow and Edward Jones. Both men were financial news reporters.

They formed Dow, Jones, and Company in 1882. The following year they published a daily, two-page paper called the Customers’ Afternoon Letter that summarized the day’s activities. Charles Dow stood out as an exceptional reporter who could write about complicated financial matters in a way that average people could understand.

Their two-page paper evolved into the renowned Wall Street Journal.

NYSE is the world’s largest stock exchange, followed by US-based NASDAQ. The other three, however, aren’t in the United States.

The other three, in order, are:

This could explain why the Fisher Investments address lists offices in London as well as in the United States.

Fact #4: The First Bonds Traded in the U.S. Were War Bonds

In 1790, the United States sold $80 million of bonds in 1790 to pay debt accrued during the Revolutionary War. These were the nation’s first publicly traded securities.

Fact #5: Boom and Bust Contributed to the Great Depression

During the 1920s, market speculators made a lot of money investing  in stocks. This caused the price of stocks to keep going up, which made them look like they were earning even more money.

Over the decade, a handful of critics argued that the growth was unsustainable and that it would eventually lead to a crash that would cripple the American economy. Two mini-crashes happened in 1929, but the market rebounded quickly and kept moving forward until October 24th, when it dropped so quickly that it caused a panic. Investors sold 12.9 million shares that day. That day was given the ominous name “Black Thursday.”

The market continued to fall until it reached a low point in 1932, when the Dow Jones closed at an abysmal 41.22.