Men and women have different views and attitudes to so many areas of life, typically women are seen as being sensible, considerate and far more rational than the male of species who are more likely to over indulge and make last minute rash decisions with little consideration to the consequences. This is never more apparent then when it comes to sources of entertainment, most notably gambling. Men and women are very different strategic game players and not only do they look at the methods and purposes differently they also gain different outcomes as a result.

Women have a tendency to see gambling as a fun activity that has the added bonus of being able to play for money, they often bet small stakes that will not have an impact on them should they be unlucky during game play. The laidback approach generates far better results and increases the chances of being successful. Women will look for special promotions, weekly specials, and the increased chances to win money whilst ensuring the betting amount is minimal. 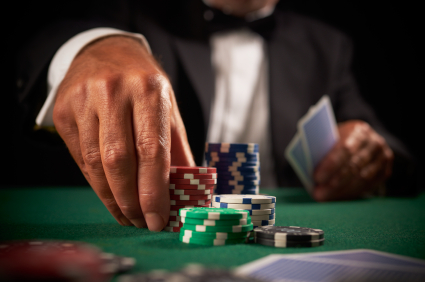 Men have a completely different approach to game play, rather than being cautious men begin game play with an all or nothing state of mind. They are more likely to gamble higher amounts of money in a bid to win the highest possible stake with little thought to the outcome if they were to lose a large amount of money. They will continue to play the game in an attempt to make up for any losses despite the risk of continuing to lose money.

In terms of being a successful gambler, women come out on top. Their placid approach often promotes better results and the likelihood of them recouping their investments or even making a profit are substantially higher than men. Women assess the situation; the risks involved and make smarter bets based on the facts and will never bet more than they are able to lose. Although this is a generalisation and there are exceptions to the rule, yet most gaming sites have found this to be the case and on average women are more successful. 71% of women now look to online gambling as a source of entertainment which has taken a huge leap in the last 5 years.

Game play has always been a popular source of entertainment, particularly the applications that are found online, with 217 million people worldwide opting to find their entertainment through the gift of the Internet. With 60 to 70% of the world’s population indulging in games in an online format, there is now more pressure for gaming sites to offer more variations within the most loved games.

Men and women are seen as an equal demographic with many gaming sites, and they aim to target them both in the best possible sense whilst considering the different ways in which the sexes approach game play and obviously the rates of success are a key area of consideration for gaming sites.

The Advantages and Disadvantages of Electronic Cigarettes