Role Playing games (RPG) games require the players to take the role of a character as demanded by the plot of the game. It may be physical acting of those characters or decision making and playing the role according the narrative in games played on electronic media. In whatever way you like to play RPG games, they are a good way of refreshing yourself from a stressful work. Also it may help you get rid of the boring lifestyle by making you performing something creative and enjoyable. Here we will discuss the best 5 online RPG games which you may like to play on your device in free time. 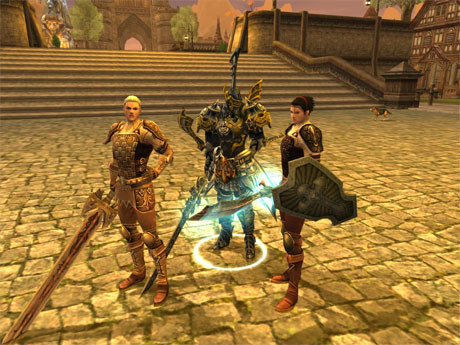 The Lord of the Rings Online

This game has been much more popular since it offered more gameplay for free. Although like other RPG online games, you have to pay some cash to completely enjoy this game but you can still play a major part of this game without paying. The best part of this game is that it offers 3D graphics along with many events based on its novels and movies. Even if you are not familiar with its story, you will still like it because of the features it offers.

Despite being known by few people I consider it one of the best RPG game. The reason behind this is its exciting gameplay which is mainly based on sorcery, dragons and struggle for power. The game is entirely a virtual world of danger, adventure and action which for sure many people will like if they come to know about this. One will definitely love to spend some free time on this 3D fantasy game.

Heroes in the Sky

Are you passionate about being a fighting pilot? If yes, then this game is best for you. Here you can express your passion by playing as a fighter jet pilot in the setting of World War II. Join with allies and fight with the enemies in the sky. The game offers a medium quality of graphics but an enjoyable gameplay.

This Role playing game is especially for Mac users. It has no specific objective but separate side quests. Do the quests for either improving your skills or showing off them or maybe both. You may join with other players to have a game of chess, enjoy fishing or do hunting. So this online RPG game involves the use of almost all your skills. All the Mac users will definitely like this.

This multiplayer RPG game has a scenario of a magical world in which you need to solve ancient riddles and progress your journey to finding a large lost kingdom. Fight with several horrible creatures like dragons. One may enjoy this exciting adventure in beautiful 3D graphics which doubles the fun of playing. All those people who like to be engaged in the imaginative world of magic will surely love to play this game.

Popular and Fun Apps For Your Android Smartphone