E-cigarettes are often criticized for containing toxic chemicals including antifreeze ingredient, diethylene glycol, carcinogenic nitrosamines and formaldehyde. Some claim that the ingredients used in the vaping liquid and consequently the contents of the vapor are not really known and therefore unsafe. These arguments have been harped upon, time and again by anti e-cigarette campaigners. And as a result, have become commonplace and rather meaningless. These criticisms and arguments have been raised despite the available evidence supporting a contrary view. 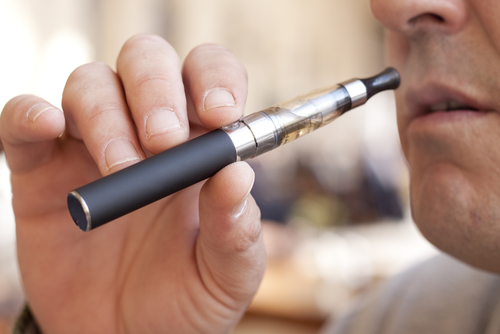 Consumer Advocates for Smoke-free Alternatives Association (CASAA) funded a new study to take another look at the existing findings on the ingredients used in making the e-liquids and the contents of the vapour generated. Even though electronic cigarettes were judged against the most stringent yardsticks, the results yielded no conclusive evidence that e-cig users have an increased risk for developing health issues.

The research conducted by Igor Burstyn, PhD, revisits the information available on the chemical composition of e-cigarettes and its vapors. The effects of exposure to these chemicals were compared to similar exposures during the performance of the person’s occupation.

A significant observation was that there was a wide difference in the acceptable standards when it came to occupational exposures, as compared to those for intentional exposure. Exposure to nicotine of the levels contained in e-cigarettes would be considered minor when it happens in an occupational setting, but this same standard is not considered to be appropriate as e-cig users choose to inhale nicotine. In conducting the study, standards updated in 2013 were used and the worst-case scenarios were considered to eliminate uncertainties surrounding the evidence.

E-cigarettes contained tobacco-specific nitrosamines, but so did nicotine patches, which are approved by the FDA. Since no threshold levels are available, a formula was used to calculate the amount of nitrosamines a person would inhale based on the concentration of nitrosamines in a liquid. Smokeless tobacco is considered to carry the least risk of cancer and exposure from vaping was found to be around 160 to 320 times less than this type of tobacco.

Just two of the volatile organic compounds that are found in the vapor from e-cigarettes exceed one percent of the threshold limits, which are considered safe. These are acrolein and formaldehyde, which were around 2% and 4% of the safe threshold limits respectively.

The FDA, in an early study, found e-cigarettes to contain diethylene glycol. Few studies after that suggest the existence of this chemical in the electronic device. Even the quantities detected by the FDA are less than 1% of prescribed safe thresholds.

E-cigarette vapor is often criticized about potentially containing harmful metals. Actual research has found that the method used for finding these metals results in the destruction of the unaltered original structure and hence, the assessment of the risk becomes difficult. Sodium, for example, being highly reactive, would never be detected alone and would normally be found in the form of common table salt. Moreover only trace amounts were ever found accounting for less than 1% of safe thresholds.

The results of this study clearly demonstrate that the so-called toxic elements in e-cigarette vapor are well within safe limits and pose very little risk to the user of the product. The risk to people in close proximity of e-cig vapor is significantly lower because exhaled vapors are diluted air in the room. The most concerning element in e-cigarettes is propylene glycol with the level found in e-cigarette vapor more than 8 times lower than the occupational exposure limit to be considered safe. This means that e-cig users are most at risk from the same ingredient used to generate theatrical smoke. With such findings, it is expected that the future for e-cigarettes can only get better.

Skin Brightening Products: All You Need To Know About Them