Banks have always been seen as conservative, but all that changed when the global recession hit, changing the perception of bankers to being far from cautious. Instead, they were demonised as callous risk takers, taking home obscene sums in bonuses while they gambled the country’s money away on spurious ventures. 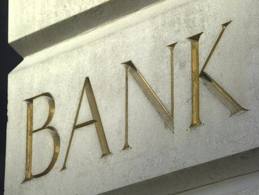 Then the banks needed bailing out, causing even more uproar – especially when top bankers were still receiving nice, fat bonuses. However, rules have been tightened and banks are, in theory, prevented from taking the same kind of risks that caused so many problems. The Prudential Regulation Authority now regulates the banks, who are, theoretically, returning to their traditionally more prudent ways.

However, banks are now being instructed to lend more and take a chance on borrowers, since small business are struggling to secure much needed loans.

One of the main problems is that whilst banks have borrowed £16 billion under the Funding for Lending Scheme, this money has lined their pockets, not those of their customers. Instead, loans to businesses and households have fallen by £1.8 billion. Singled out for particular criticism are bailed out Royal Bank of Scotland and Lloyds Banking group, whose lending fell by £10.5 billion over the past twelve months. The general feeling is that it is more important for them to be injecting money into the economy via loans than focusing on balancing their books.

What’s wrong with banks is that they have no middle ground. Either they give money away, regardless of whether borrowers can afford to repay their debt, or they tighten their purse strings so much that nobody can get in.

But is this difficulty in assessing risk appropriately really down to the banks? Perhaps their behaviour is merely a reflection of the political agenda of any given government, who veer between the extremes of over-regulation and de-regulation, demanding that banks lend or don’t lend depending on the economy of the time.

Regardless, there is no denying that banks are likely to blamed for our economic woes for some time to come.

5 Ways To Ease The Financial Pressure Of Christmas