When you go on a beach vacation, the last thing you would want to do is to inhale second hand smoke from an inconsiderate random stranger.  The main reason behind almost, if not all, beach vacations is to get away from the harsh realities of life. Second hand smoke is one of the harsh realities of everyday living. If you are experiencing this in a well-deserved vacation break, then you are in for some big time tolerance test. If second hand smoke turns you into an instant lung crusader, here are five smokeless beaches in the world that you would want to see. 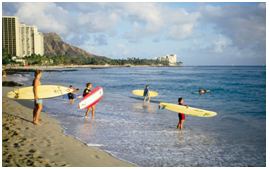 The western world has come to know the picturesque state of the tropics through the mountains and beaches of Honolulu.  The shores of Honolulu, at one point, became bins for tourists unscrupulously throwing their cigarette butts anywhere.  Local legislation has enacted laws fining offenders 500$ plus community service; thereby putting a halt to the tobacco mess. In order to with other resort islands with the states, Honolulu offers affordable car rental services; making beach  and resort hopping more fun and convenient for tourists. One of the pioneers of beach sports in Europe is also home to the cinematography of Lumiere brothers. The beaches of La Ciotat, France has been the first ever beach in Europe to ban smoking. La Ciotat also offers cultural festivities which attract tourists from neighbouring nations.Both Marseille and La Ciotat tourist offices have English-speaking administrators ready to suggest car rental services which will fit any tourist’s budget. 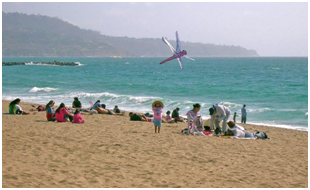 Unfortunately, the smoking ban has just been enacted and implemented almost five years ago after the legislators receiveda barrage of protests from concerned citizens. The implementation of the smoke ban has enticed more tourists. That and the fact that Los Angeles has one of the best cab systems in California; you will definitely get a car rental service within your price range if you decide to visit its beaches. 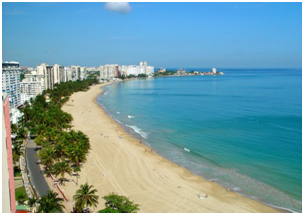 The name Puerto Rico means “Rich Port” in the English language. Apparently, the Spanish inquisitors who had named this place have seen how rich its shores are. Like the beaches of the west, it has once been tainted by inconsiderate smokers’ trash: cigarette butts could be seen mixed up with its powder-like sands. The Isla Verde beach just outside San Juan has been declared completely smoke-free last 2010. There are a lot of dance clubs in the surrounding areas so make sure to get booked on luxury car rental services as early as your first day in San Juan. 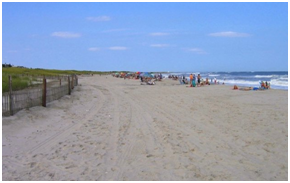 The state of New Jersey got its unwanted publicity from a “reality” show starring raunchy kids. The show featured unruly behaviour, uncontrolled boozing and tons of makeup. Although the show was pointless at times, there was one episode which featured the near demise of the once pristine waters Long Beach Island. Party goers tend to leave out their rubbish anywhere they want within Long Beach’s shores. Although there is an existing ban on smoking, it wasn’t until the last quarter of 2011 where tobaccowas totally banned within Long Beach Island’s perimeter. The said MTV show also promoted the Long Beach Island night life. If you ever decide to go clubbing along the area, you are ensured of a night of uninterrupted clubbing if you book for car rental services in the area.

Discover The Modern City of Berlin

Holidays and Festivals: 8 Amazing Events to Enjoy in Las Vegas