There are lots and lots of avid soccer fans out there who cannot wait to get their hands on any soccer game that they come across. However, with hundreds of soccer video games available, it can be quite overwhelming to choose the best one. So for that, we have compiled a list of top 5 soccer games that are compatible with different platforms, for you to have a truly amazing soccer experience and play your favourite sport on the screen for hours. 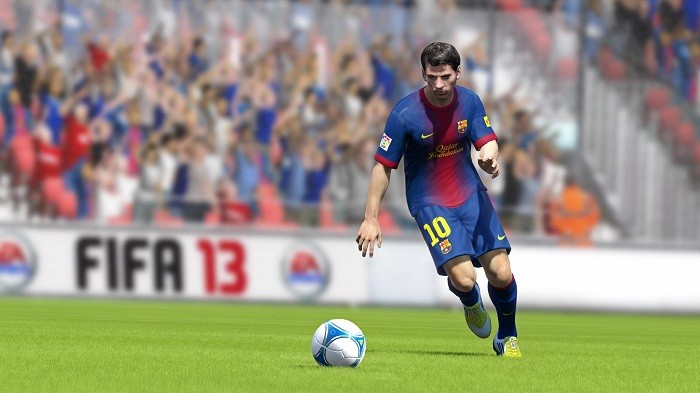 As one of the best football simulations currently available in the market, FIFA 13 for XBOX 360 truly offers a great experience for all soccer fans out there by providing highly realistic graphics and excellent gameplay. This is one soccer game that brings you as close to reality as possible, so much so that it almost feels as if you are there on the field in flesh. Topping our list of top 5 soccer games, this one is surely not to be missed!

Compared to its previous versions, this one has taken a big leap towards improvement, offering new features coupled with advanced gameplay; for example the power bar for each player that lets you know about the speed as well as placement of each shot you make. With Pro Evolution Soccer 2011, you are thus bound to remain engrossed in hours of exciting soccer gameplay.

Featuring significant improvements as opposed to its previous version i.e. FIFA 98, FIFA 99 offers remarkable graphics and some really cool features, such as faces and heights of players, just to name a few. What’s more, you can also create your very own tournaments, which was a noteworthy achievement considering the time during which it was released.

For a PS1 game, this one definitely stood out when it was released, owing to features such as the ability to play a single match, exhibition mode, or a full season against your friends or even against the computer. The inclusion of many different types of modes along with the addition of player name editor and slide bar that allow for adjustment of game speed definitely makes International Superstar Soccer Pro 98 worth a try!

And last but not the least in our list of top 5 soccer games is the 2010 FIFA World Cup South Africa for XBOX 360. With many different features including challenging knockout rounds, as well as the option to choose any one of the 199 national teams and 10 stadiums, this one has quite a lot to offer, and is bound to become a hit with all the soccer fans out there.

Still looking for more fun and games? Then you may want to consider playing blackjack or bet on soccer games online in your free time. On the other hand, we might have something even better for you: check the video below:

Why is Khelplay Rummy Ideal for Newbie and Expert Card Players?