Since the advent of storage reality TV, many more people know about the incredible finds of abandoned storage units. Below are only eight of the still surprising finds that come from storage units around the United States.

No, this particular grocery store shopping cart didn’t have any guns or armor. Instead, the old cart was found full of ten mannequin arms. Apparently someone needed an extra hand or ten . . .?

A Box That Isn’t Alright

Boxes are common storage unit finds, even boxes full of clothing and shoes. This particular box was full of men’s shoes, but just the left ones. We guess the guy who has these shoes’ mates is all right.

After an investigation of Joseph O’Donnell’s storage unit containing ashes of at least 40 different bodies, police uncovered 12 deceased human bodies in his neighboring unit. The man was arrested and later charged with two counts of larceny. We hope that’s not all he was charged with. 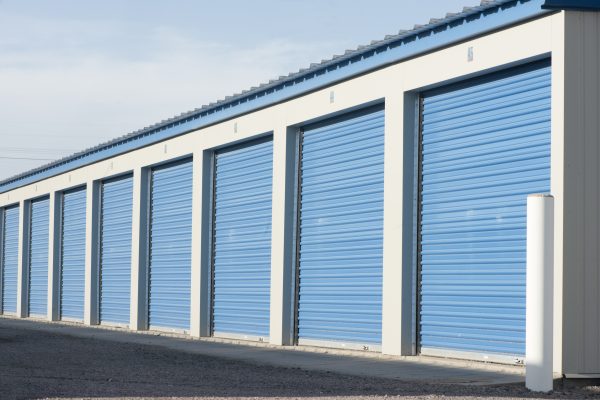 One Michigan citizen stumbled upon a live hand grenade after purchasing this unit at an auction earlier that day. He notified police who then called on a state bomb squad to dispose of the explosive.

One lucky storage unit bidder ended up with a saxophone stuffed with several hundred-dollar bills. And who said musicians never make enough money?

After purchasing a barbeque smoker that day, the unsuspecting buyer found a human leg wrapped in tin foil. He quickly called the police, who found the original leg owner. Apparently, the owner wanted to save the leg and have it buried with him, but had misplaced it in the smoker.

Several accounts tell it differently, but according to the Tampa Bay Times, one infamous storage unit bidder ended up with more than they bargained for. A blue coffin that held what remained of the previous owner’s grandmother, embalmed and lying in her coffin for 17 years.

Now that you know what crazy things come in storage units, make your own history by researching self-storage yourself. You never know what you could preserve—but hopefully you won’t keep anything that once was alive. Whenever you are looking for a storage unit, be sure to use a trusted company like U. S. Storage, an Orlando, FL self-storage unit company, to minimalize what mysterious findings you may encounter in a storage unit you might take over next.

Dangers Of Not Having A Regular Septic Tank Maintenance

Why Pool Fence is Very Important

Old Home Renovations: How To Give Your House An Updated Look This Summer