If you find yourself floating down the Moselle River on a tour of the idyllic European waterways, you must stop and visit the town of Trier and its surrounding vineyards. Trier is the oldest town in Germany, built by the Romans over two thousand years ago, and is also the home to the world famous Riesling wine. This is the perfect stop to stretch your legs and take a break from floating down the European waterways, while  enjoying some history, local food and German hospitality. 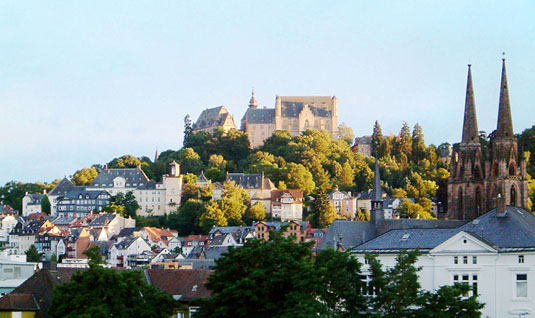 The Riesling grape was first grown in the Rhine region of Germany, and now is considered to be one of the top white wine grapes available. Its taste is very expressive of the soil it is grown in, and it is used to make dry, sweet and sparkling wines. This is sure to be available on any t of the European waterways tours going through Germany.  Passengers, however, should be sure to take a trip on the wine culture trail that includes a visit to one of the wineries in Trier. On this tour one can visit a wine cellar of a local grower and learn about the wine making process. This is such a unique opportunity to visit the wine making centre of Germany and taste some of the best white wine in the world.

Trier is also home to some of the richest history of the Western Roman Empire in Europe. Founded in 17 BC, the city was the seat of the government of the Western Roman Empire, and in the Middle Ages was named “the holy city” because of all of the churches, monasteries and convents that it was home to. If you are visiting the city, be sure to check out the Amphitheater. This ancient arena could easily seat the twenty thousand people who came to watch the men battle it out against dangerous animals, such as African lions and Asian tigers.

Another great place to get some history exposure is the Porta Nigra. The building’s gates date back to about 180 AD. This huge building was built by the Romans for public use, and has a plethora of architectural wonders to be admired.

Trier and its surrounding areas is the perfect place if you pass through the German river Moselle during your tour of the European Waterways. With an array of historical sites and some delicious wines, this ancient area will not disappoint.

Tips in Spending Minimum Budgets in a Wonderful Holiday

How to Have Comfortable Train Trip?