Identity theft, which is the act of taking information associated with the identity of one person (social security number and date of birth, for example) and using it for personal gain, is a serious problem that can affect anyone. When a person fraudulent uses another person’s information to obtain credit, make purchases or gain unlawful access to that person’s bank and other financial accounts, this fraud affects not only the person whose information was compromised but also society as a whole. So serious is the problem of identity theft and identity fraud that both the Federal Trade Commission (FTC) and U.S. Department of Justice (DOJ) have websites committed to educating the public about the risk.

According to the FTC, identity theft cost Americans more than $1.5 billion in 2011. The number of consumer complaints related to identity theft, as reported to the Consumer Sentinel Network, increased almost 30 percent from 2010 to 2011. 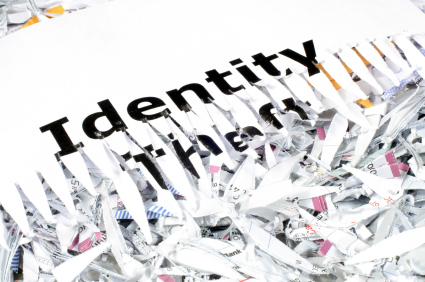 Prior to 1998, laws related to identity theft were classified as “false personation,” a crime with its origin in the 19th century and defined as “falsely assuming the identity of another to gain a benefit or avoid an expense.” Congress made identity theft a federal offense through the passage of the Identity Theft and Assumption Deterrence Act of 1998. The purpose of the act was to strengthen existing laws with regard to identity theft by expanding the definition to read:

…[to] knowingly transfer or use, without lawful authority, a means of identification of another person with the intent to commit, or to aid or abet, any unlawful activity that constitutes a violation of Federal law, or that constitutes a felony under any applicable State or local law.

The law moved the emphasis from fraud against institutions to fraud against individuals. It also established the FTC as the clearinghouse for consumer identity theft crimes and increased penalties to a maximum of 15 years imprisonment. State laws (including the District of Columbia, Guam, Virgin Islands and Puerto Rico) mirror federal statutes regarding identity theft, including provisions for credit repair and restoration of one’s reputation as a result of identity theft or fraud.

Should Laws on Identity Theft Be Tougher?

Increased access to technology makes the crime of identity theft that more pervasive and costly to consumers and the public. For example, the Internal Revenue Service’s website reports 89 cases of tax fraud involving identity theft for 2013 that resulted in monetary penalties ranging from $15,795 to $9.2 million and prison sentences ranging from 12 months to 317 months.

As the number of cases and cost to victims continues to grow, the temptation to increase penalties should be balanced with consumer education programs designed to help individuals better protect their identity. As criminals are caught and prosecuted by states and federal laws, for up to 26 years in one instance, individuals can learn what preventive steps they can take that are simple, proven and effective in stopping identity theft and fraud from occurring in the first place. In other words, punishing offenders is not nearly as effective as educating consumers when it comes to deterring this damaging and illegal behavior.

Donnie Preston is a freelance writer based in Orlando, Florida. Identity theft is a serious societal problem; those concerned about this issue should consider Protect Your Bubble Identity Theft Protection services.

What Does A Court Reporter Do?

When Should I Hire A Personal Injury Lawyer?