The recent questionable IRS audits of Tea Party groups, and the deluge of related lawsuits that followed have the American people in an uproar over growing concerns about government practices, specifically the activities conducted by the Internal Revenue Service; the concerns are reasonable—unethical practices by the IRS could hit you heavily in the pockets, after all. As a result of the uproar, there has been a spike in lawsuits involving the IRS; here are a few of the more interesting ones:

The first Tea Party conundrum related suit of the IRS occurred on May 20th of this year when the NorCal Tea Party Patriots alleged that the IRS had violated its constitutional rights by excessive, unfair, and invasive amounts of scrutiny. Following this suit, similar groups geared up for clusters of massive class action battles; the number of Tea Party groups suing the IRS can now be counted by the score. 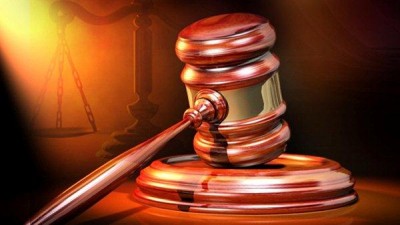 A couple of weeks ago, Federal District Judge Lynn Adleman blocked an IRS motion to dismiss a lawsuit regarding IRS enforcement efforts. The lawsuit, brought forth by the atheist Freedom from Religion Foundation (FFRF), alleges that the IRS shows certain religious institutions preferential treatment by failing to audit thousands of churches who have been breaking laws regarding the prohibition of a church’s ability to participate in political campaigns. In a sister lawsuit, the FFRF is challenging the allowance of churches to be exempt from annual information filings.

In a twist at odds with the efforts of conservative groups, Democratic Congressman Chris Van Hollen of Maryland has filed suit against the IRS in hopes of erasing a decades old rule that allows social welfare groups to participate in political activities. The major concern Hollins expresses about these groups is the ability for these organizations to act as shady thoroughfares for anonymous big money campaign donors to drop their cash into politician’s pockets. With his suit, he seeks to ensure that the part of the IRS code that states that these sorts of groups should be “operated exclusively for the promotion of social welfare” is followed to the t, and he believes that the code could not be clearer. He sarcastically quipped at a recent press conference that “The law is clear. What do you want us to do, put an exclamation point after exclusively?”

In another politically charged issue that has the IRS preparing for more legal assaults, Obamacare is still being fought tooth and nail by many conservatives, and because politicians are standing their ground instead of reaching across the aisle, the law is still desperately in need of logistical improvement. This has led people across the country to prepare to sue the IRS for exempt status from the exchange system that goes into effect on January 1st.

Regardless of which side of the political aisle people stand on, the Tea Party drama has emboldened Americans who once cowered under the long shadow of the IRS; one can expect the deluge of IRS lawsuits to drown the agency in legal paperwork—and legal fees, benevolently paid for by the American taxpayers—for years to come.

Byline
Arnold P. Pierce is fascinated by the world of business and finance and often writes on financial topics. Readers interested in possibly joining the business world should consider the business analyst jobs with moneyjobs.com.

How Long Will An Actos Compensation Claim Take?

How The Law Plays Into Your Motorcycle Lifestyle