The Chinese website CTech has leaked specs on the upcoming Nokia Asha 503. The site claims the latest in the Asha series the 503 (doubleshot) has been given the code name of Lanai by Nokia insiders. 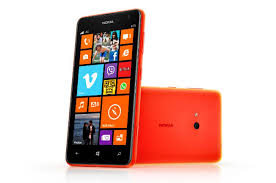 It has been said to also have a 5 mega pixel camera with an LED flash. The camera will be equipped with Self Portrait Shot and new Nokia Camera Apps for Asha. Nokia was seemingly inspired by the success of the original in the budget handset line, the Asha 501.

With the reinvigorated Asha 503, there are numerous color options and a compact and sleek design. Rumors suggest it to possess a 1010 mA battery and capacitive button.

Design rumors abound the Nokia Asha 503 will be consisting of polycarbonate covered in transparent casing (possibly Gorilla glass), a dual core processor along with weighing in with a RAM ranging from 128 to 512 MB with processor’s estimates in at 1 to 1.2 GHz. Though resolution is still unknown, the Nokia Asha 503 is likely to proudly be upgrading the series to 3G connectivity and quite possibly even 4G capabilities.

CTech revealed the device should feature Nokia SLAM Bluetooth transfer for speedier file, picture, and even video sharing. With the rear facing new 5 mega pixel camera with LED flash, the latest in the Asha series will have Dual SIM connectivity options including 3G WiFi and Bluetooth, not to mention Java support.

This phablet’s debut is said to be announced with 5 other new devices at an event being dubbed “Nokia World”, which is said to be scheduled for October 22nd of 2013 in Abu Dhabi, NAE. Stephen Elope who is the CEO of Nokia presented the Asha 501 earlier this year when it had its global launch.

Looking very similar to the first, the Nokia Asha 503, code named Lanai, will sport curved glass on its frontal display making it stand out from the two prior. It was said in February that the entire Asha series will have new design language and UI. Theories continue to heat up about Nokia testing 4G LTE on the new Asha 503. Its larger screen will obviously improve viewing angles for display. The glass casing and colourful options make for a stunning design. Asha Platform has more features, security, stability and longer lasting battery life.

Nokia fans are eagerly hoping the addition to the Asha line will competitively attack androids currently on the market. The actual tweet leaked read “Nokia Pegasus/Nokia Lanai=Asha 502/503 (doubleshot).” With no formal details being released, the dates of Nokia’s launch are in the air.

But with pricing, Nokia is able to achieve 3G variants considering anything above $100 intruding into smart phone domain. The budget mobile phone series’ latest additions have an expected release date in December of 2013. With estimated pricing around a $100, it is widely agreed to be an outstanding deal for a smart phone.