Publishing, which plays an integral role in our lives, has undergone a renaissance. Since, the early days of the “Gutenberg letter press”, production as well as distribution of information and literature continues to change by the day. These changes are driven by cultural, economic, as well as technological changes. Although the changes vary in both design as well as element, the following are clearly universal in any method used to distribute information to the public: 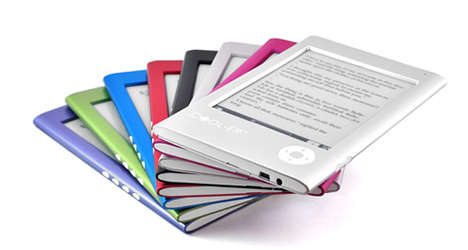 E-book is one of the most prevalent new trends. Although the trend started a few years back, its impact continues to be felt globally. Initially, it was used alongside the conventional methods, but now it is possible to base a publication purely on electronic media. There are many publishers who purely receive, produce, and distribute all their content online. E-books have also benefited the less fortunate people who would have otherwise been denied access to information. For instance, the use of kindle or laptop projects in schools especially in developing countries. In the last 5 years, e-book sales have gone up by about 13%.

Books and other publications is no longer a reserve for the people who can fully see the writing. People who are visually impaired can read a book through sound rather than sight. It is much easier for them to understand content through audio as opposed to using forms such as Braille. Statistics show that over the last few years, the growth in sales of audio books has been on the rise averaging at about 26%. Audio books are not only used by people with hearing problems, but also normal people are finding it easier to learn through hearing compared to seeing.

Digital publishing has come as a great relief to many publishers. Previously, for an author or writer to have his content published, it had to undergo a lengthy process that entailed copy-writing, editor reviews, going through literary agents, marketing, and much more. However, better technology has made all these services available online and from a one stop shop. By applying the various techniques, it is possible to have a publication released in a shorter time, and also incur a minimal cost of publishing. The cost of digital publishing is not as recurrent as traditional publishing.

Tools such as search engines are becoming better. Gone are the days when a publisher would get away with poor quality content. Modern algorithm and ranking tries only to rank the best publications. A potential buyer is also able to preview a book prior to buying. The fear of having to purchase a book or publication that is not worth the paper it is printed on has been minimized.

The new or emerging trends are being witnessed in all sectors of disseminating information. The stages comprise of development, acquisition of rights, copy editing, designing the graphics, production, marketing, as well as distribution. The changes have brought with them better prospects especially to the small publishers who were initially locked out of publishing. This was caused by limited financial resources to cater for the production, and distribution. The stringent rules and conditions also played a great role in hindering growth of the industry. If this trend continues, then we may clearly state that content is indeed king.

The Role Of The Best Overseas Education Consultants

How To Certified In MCSE Platform Solutions Expert?