The Internet of Things, or IoT, is a phrase we hear bandied about a lot, and it’s certainly raised a lot of interesting talking points. But what is it, and how does it affect you? What potential does it have to change the way we live, work and play? Let’s break it down!

As microchips and processors have become smaller and cheaper over the years, the potential for more and more devices to connect to the internet has become a reality. And this extends far beyond laptops and smartphones, to virtually anything than has an ‘on’ button. Wearable tech is one of the best examples, where a small device can communicate with your other devices to share information that they might find useful. Having the stats from your last workout sent automatically to a fitness app on your phone that can log your progress for you without you having to enter the data in yourself has obvious advantages for individuals.

But on a broader spectrum, the IoT could help cities and even countries coordinate and become more efficient. The beauty of a connected system is that machines, devices, appliances and even vehicles can use information from a network to make our lives easier. You might have heard of the rubbish bin with a built-in barcode scanner that automatically adds items you throw away (hopefully because they’re now empty) to your shopping list. It might sound a bit silly, but it does demonstrate the potential for innovation.

Having your phone alert you of the winning lotto numbers because it knows you used your PC to play mega milllions online might not sound particularly life changing, but when devices can talk to each other, they’re able to anticipate your needs better.

With driverless vehicles set to take the world by storm soon, compiling, sharing and analyzing data to help them choose the best routes, avoid traffic jams or sites where an accident has occurred will become crucial. If the vehicle also has access to your calendar and contacts, it could alert the person you’re going to see that you’re running late. It might sound a little outlandish now, but if you’ve ever used a ride-sharing service, you’ve already made use of the IoT for your own transport needs. Another obvious benefit could be in finding parking – if your vehicle already knows where there’s a bay available, then it could send you in this direction rather than you having to circle the block with your fingers crossed.

In colder climates, smart thermostats have been one of the biggest successes to date. If your home knows when you’re coming and going, it can implement the most efficient heating cycle without you having to lift a finger. 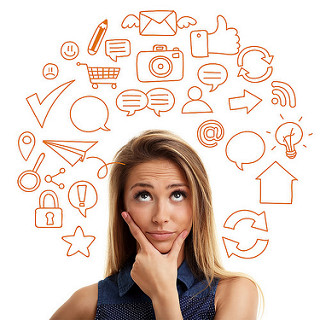 The potential for smarter cities that are able to monitor and manage their water and electricity requirements, find more efficient ways to achieve the same goals, and spot inefficiencies that might not be apparent to human users is enormous. Electric ‘smart grids’ are a prime area for rapid growth. In places like Amsterdam, for example, experiments are already underway. This initiative gives households that are connected to the city’s grid storage units and solar panels that can allow residents to store power during off-peak hours, and use it during peak hours, even selling excess energy back to the grid when it’s required. Around the globe, offering households an incentive to implement more sustainable and future-proof practices could be the best way to get these technologies widely accepted.

In Philadelphia, solar-powered garbage cans (charmingly called Big Bellies) that crush waste and send a request for pickup when they’re full have already made a big difference. They were able to reduce weekly collections from 17 to just 3 – and save some $1 million a year on maintenance, labor and fuel costs in the process.

But if it’s Connected, it can be Hacked, Right?

There’s a big worry that devices are getting connected faster than we can implement sufficient security for them. In the wrong hands, every device with a camera or microphone could potentially become a method for unwanted surveillance. Having our devices anticipate our needs is one thing, but do we really want them having access to every detail of our schedules and lives?

Another big issue is where exactly all this information is going to be stored, and who it belongs to in the first place. One thing’s for sure – the future is coming, so the best time to educate yourself is now!

Are You Looking For Private Detective Agent In Jaipur?

How Parents Can Avoid Obesity Problems In The Family?

How To Get Prepared For An Important Game?