The 8.6 million London-dwellers must all agree on one thing – it’s a great place to live. The numbers of people living and working in this exciting city full of opportunity have reached record breaking levels. Not since 1939 at the outbreak of the Second World War, has London seen so many new arrivals, and the Office of National Statistics estimates the final figure by the end of 2015 will be around the 8.64 million mark. Moreover, by 2029, they reckon a whopping 10 million will be living in this wonderful city. That’s quite a crowd…

The figures speak for themselves; London is popular. Whether it’s the vibrant economy, job market, schools and universities, culture or history that acts like a magnet to new arrivals, there’s no denying the upward trend in the city’s fortunes.

If you are included in the new influx of Londoners, you may require support and advice for finding your feet. Moving with a family in tow can be stressful as there are many balls to juggle in the air. Not only is relocation for professional reasons a complicated matter, all the extraneous (but equally important) details such as finding somewhere to live, schools and childcare can be difficult when you don’t know where to start. 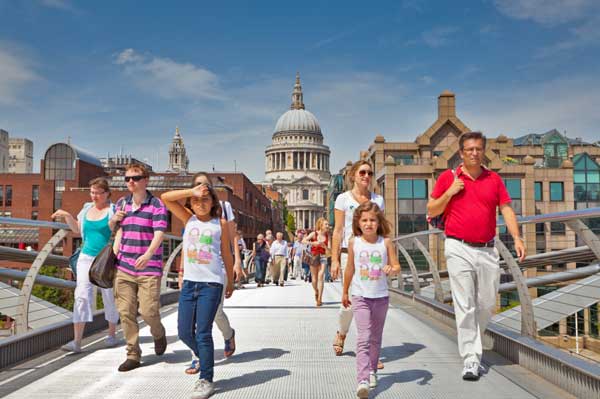 Approaching an agency that caters specifically for nannying needs is your first step. Forget the traditional view you may have formed of British nanny services being like something the royal family would have, with nannies wearing starched uniforms, children that are seen and not heard and basically a lot of old fashioned nonsense. Being a nanny is regarded as a solid, modern profession and well qualified, vetted and experienced candidates can be found on the books of many London agencies. What’s even better is that modern nanny services are more flexible than they ever used to be. You can hire nannies that live in and offer full time support in a comprehensive way, almost becoming part of the family. Equally possible, is arranging for nanny cover just a few hours of the week, or during holiday times or after school – the world of nannies has had to adapt and change to market conditions where parents demand a level of service that meets their exacting requirements. If you have unusual or unconventional childcare needs in terms of level of cover or hours worked, do not be reluctant to ask nanny agencies for help – you may be surprised at their ability to respond.

Another subtle, but important benefit of organising nanny care for young new arrivals, rather than nursery care, is the lessened impact it has. Moving house can be a stressful time and sometimes the effect it has on children is overlooked. By having in place quality nanny services at home, you will be ensuring a smoother transition for your children when they arrive. Plunging them into new nursery environments could be upsetting at a time of domestic upheaval. After any event that disrupts or unsettles a child’s environment in any way, childcare that is focused and tailored specifically to their needs helps lessen any negative impact of change.

Because of the popularity of nurseries in London and the fierce competition for places, you may find it difficult to secure slots for your children. Don’t look upon this as a disaster, there are many benefits to having nanny care over nursery provision. Think about the one- to- one supervision your child receives, whereas in a nursery they could be fighting to attract the attention of care givers. Being cared for in their own home is far less stressful for kids, there are no separation anxiety issues when they get dropped off at nursery, instead they spend their days in familiar surroundings with all their favourite toys.

With London being such a popular hot spot for families, those planning a move should anticipate early the organisational headaches. Putting nanny services top of your ‘to-do’ list will ensure the most important members of your family are well looked after. Leaving you free to focus on all the other finer points of moving and adapting to one of the greatest cities in the world…

Turning a House into a Home on a Budget