Samsung and Lenovo are two brands which are loved by Indian users. Both the brands want to retain their Indian market and therefore keep on launching new phones at every price range. There are low-cost phones, mid-range phones costing between 8k -15k and high range phones like Samsung Note series. Today, we will compare two Phablets from both the brands. Samsung Galaxy A9 Pro and Lenovo Phab 2 Pro both sport larger display screen of around 6inches.

Phab 2 Pro comes with a metallic body with a huge display of 6.4 inches and hence may not fit your pocket easily. It has the dimensions of 179.80×88.60×10.70 and sports 2k display with the screen resolution of 1440×2560 pixels. The display on the Lenovo Phab2 Pro is an IPS LCD screen with pixel density of 459ppi. It is slightly heavier than the Samsung Galaxy A9 Pro with a weight of 259 grams. It comes in two variants of gold – Champagne Gold, Gunmetal grey.Lenovo Phab 2 Pro lacks physical home button and uses capacitive keys with back key nm the left and menu/app key on the right. It supports fingerprint sensor which is placed at the back of the device below the camera. Hybrid SIM trays lies on the left side of the phone whereas Power button and volume keys are present on the right side of the phone. At the top lies the 3.5 mm headphone jack. 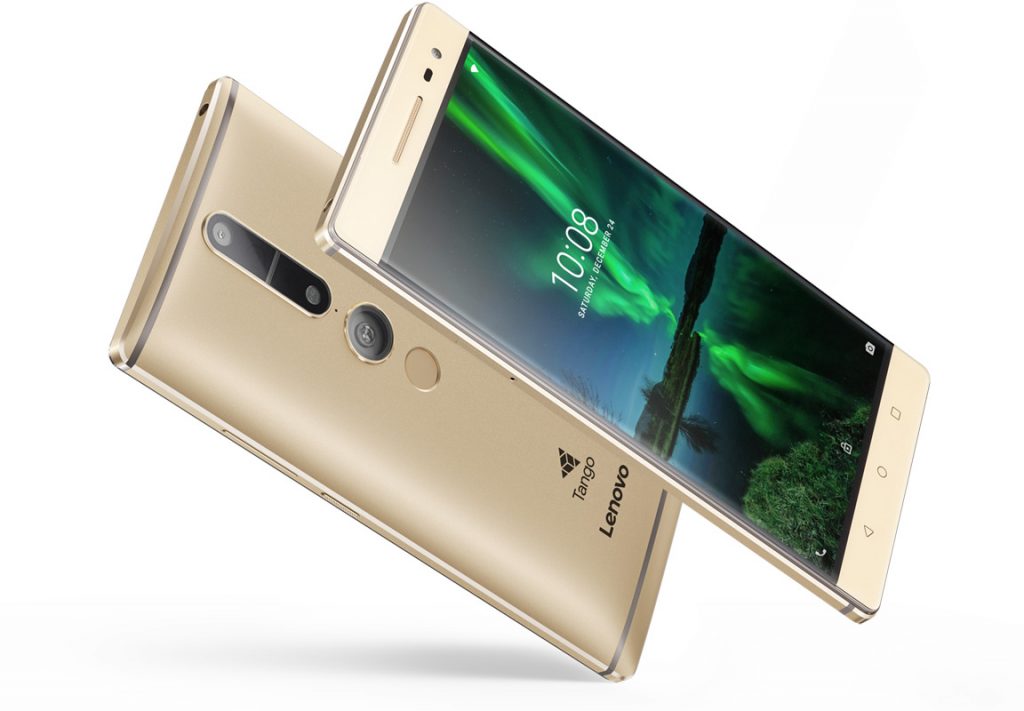 Both the devices use Qualcomm Snapdragon 652 MSM8976 processor. In fact, performance wise, both have the similar configuration and use 1.8Ghz Quad core processor. Both the phones are driven by 4GB RAM. Again, for gaming, both use Adreno 510 GPU.

Again, both the phones have similar camera configurations, but Lenovo Phab 2 Pro has an advantage over Samsung Galaxy A9 Pro as it is the first phone to have Google 3D Tango Technology. Lenovo Phab 2 Profeatures a 16MP rear camera with autofocus and a LED flash.  It has a front camera of 8MP with an aperture of 2.2 F.

Samsung Galaxy A9 Pro also has a 16MP rear camera with CMOS image sensor and autofocus. The highest image resolution of 4616 x 3464 Pixels is same for both the devices. Selfie camera is same with 8MP camera and aperture of 1.9 F. Both the devices, unfortunately, lack front LED flash.

Both the devices have huge batteries, but Samsung Galaxy A9 Pro clearly wins the race with 5000mAH Lion battery whereas Lenovo Phab 2 Pro has 4050mAH Li-Polymer battery. Both of them have a non-user replaceable battery and support fast charging.

As you have already seen, the specifications are almost same for both the devices, but we would prefer to go with Samsung Galaxy A9 Pro as it has larger battery and screen size is also not that big. It also supports dual SIM plus SD card, unlike Lenovo Phab 2 Pro, which has hybrid SIM slot. But if you love photography, you should go with Lenovo Phab 2 Pro as it has Google Tango technology.

Lenovo Phab 2 Pro price in India is expected to be Rs.33390 while the Samsung Galaxy A9 Proin India costs Rs.32390. For more details, visit 91mobiles.com.

Data In The Cloud and Interoperability: Increasing Security and Making Things Easier

What To Know About Web Hosting Service

Identifying Some Common Digital Marketing Missteps to Avoid In 2019 & Beyond