The speculation that began almost immediately they said the two magical words at the altar, are now said to be founded. Kim Kardashian who already has two other divorces on her back is trending and it looks like she might be ready for a third one. In June, Gossip Cop came up with a story that foretold of an alleged divorce coming up from the couple. A definite sources pin it up to be just a farce, Kanye and Kim have been together and having a marvelous time with the family including the two children Saint West and North West. The rumors come up after being married for only two years and it seems the speculations aren’t over yet.

Kim who stars in the current and trending reality show Keeping up with the Kardashians has continued on an upward trend in terms of popularity and fame. This is mainly due to the reality show, which is rated one of the best reality shows in America and its popularity is growing each day. Since she became famous after her sex tape was released to the public, her appeal has been soaring high. Her family reality show has further increased her popularity over time. As it enters its 12th season, more is expected and the rates are expected to shoot. The bone of contention between the two is said to be concentrated on that specific fact, that Kim is growing in popularity while Kanye is failing and losing money while at it. 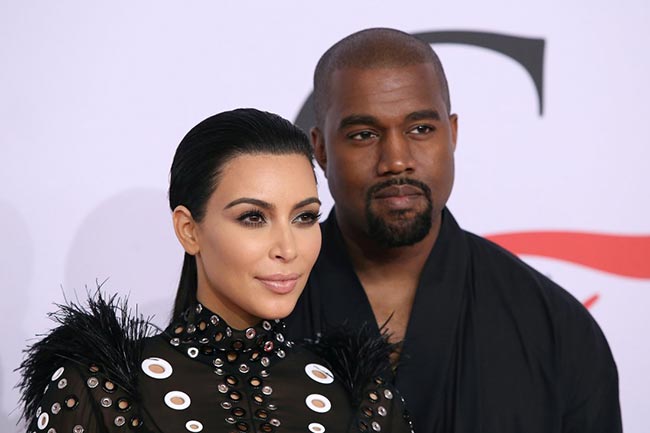 Kanye’s fashion show was totally embarrassing and was attacked by critics globally. It was quite an embarrassing event in its fourth season. The loss made was unimaginable. However, Kim and her sister were sitted in the front row during the event, claims the Radar Online. It also states that Kim was planning to leave the family reality series to appease her husband whose shows have bounced over the period. Since their marriage, it seems that they have started facing the hardships of married couples. Celebrity news displays all the couples, their divorce would be a major blow, just after Brangelina’s divorce announcement made headlines.

Speculations in regards to Kanye’s anger management issues have resurfaced. The celebrity has constantly made news when it comes to his anger management. The condition is said to be as a result of his mother’s death. Sources claim that the situation between the couple is aggravated and the anger doesn’t help. Kim Kardashian is hanging on a thread and any time a major breakdown or meltdown can be expected. A source claimed that the famous mother of two has sacrificed a lot and currently, she is being asked to quit the reality show that has brought her much fame.

In response to these rumors, Kim’s representatives have given a response. According to celebrity news, the issue is over and done with as it is false. The couple is happy and is continuously offering support to each other in front of the media. The rumor about her leaving her family reality show however is true to its word. Both husband and wife have been reportedly said to have the same opinion on the matter i.e. that she would leave the Keeping up with the Kardashians. If it ever happens, the show will flop. Kim is said to be the star of the show and if she leaves, the show’s ratings will crash. However, their opinion is that she should leave before the rates start falling. In addition, Radar Online reports that Kim is aware of her major contribution to show and the expected consequences if she quits the show. It also reports that she wants to be over with it as it is adding to her stress in life.

It might be hard to keep up appearance in the public eye, be a mother of two young children, married to a celebrity and above all be a career woman. Juggling all that Kim has on her plate is quite a challenge. She deserves a standing ovation just for her bravado. The family is strongly united and it can clearly be seen on their family day outs and their unity is evident whenever they are in front of the camera. Supporting each other on social media platforms and during interviews, the social stand doesn’t show any signs of constraints. Divorce speculations will not end here and the couple will continue making it to all celebrity news. The tabloids will continue to have a field day at their expense. However, if you want more on this news, check out the Kardashians through their reality show keeping up with the Kardashians.

The Life Of Luxury: How To Find The Perfect Home For Your Luxurous Lifestyle

UV Gel Nail Polish – What Are the Advantages and Disadvantages