Just about any job has its inherent dangers. Even working in a restaurant presents certain risks. Farming, one of the oldest professions in the world, however, is one of the most unsafe jobs that anyone could have. 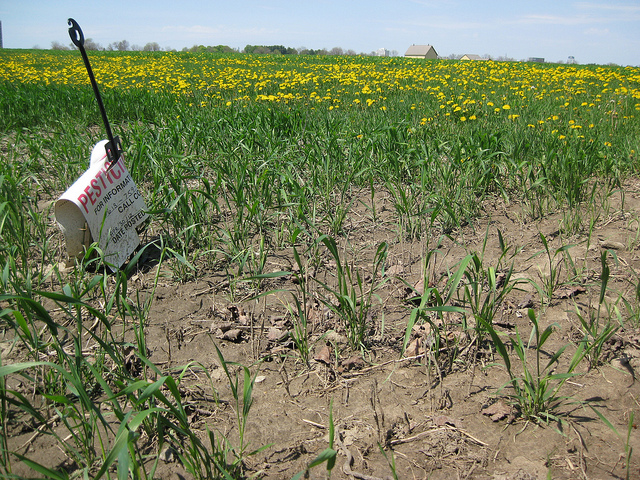 Most individuals who absolutely love their organic delicacies don’t realize the risks that farmers put themselves in to provide this type of food for us. If you’re a farmer who doesn’t harvest organic food, though, you face even more dangers. It’s not simply serious injuries that can harm you; certain things can actually make you disastrously ill. Like other professions, when farmers fall ill, they have the opportunity to be compensated, according to a workers compensation attorney New York-based.

It’s not hard to imagine certain risks that all farmers face. From giant machinery to potentially dangerous animals, the negative outcomes are nearly endless. In fact, CNN released a ranking of America’s most dangerous jobs in 2011, and farmers made the list at number four. A full 41 farmers die for every 100,000 that are employed, and certain dangers aside, the following can contribute to serious illnesses.

Pesticides present a real threat to farmers, and this is especially true if a serious mishap occurs. Sadly, many studies only looked at the effect of serious pesticide accidents when considering the harm imposed on farmers. A more in depth study, however, found that farmers, even after ceasing the use of pesticides, have an increased risk of developing serious neurological disorders.

Pesticides aren’t the only dangerous chemicals that farmers work around. Chemical fertilizers, for example, can actually contaminate a farmer’s well water. This type of contamination has been linked to several types of cancer.

Most people would think it’s gross, but farmers are always working around animal excrement. This presents yet another risk to farmers. Many diseases, such as E. coli, giardia, salmonella and others, can cause serious health issues in those who work around animal feces.

Radiation occurs naturally in our world in the foods we eat and water we drink. It can also be found in our soils. For farmers who work the land, being exposed to bad soil continually puts them at risk for absorbing radiation through inhalation. Exposure to radiation can lead to weight loss, bone marrow depletion, and cancers, to name a few.

Though you’re basically putting your life at risk by being in this profession, there’s no doubt that the majority of farmers make it throughout the year without sustaining serious injuries or illnesses. If an illness does arise due to working on the farm, however, there are several ways to get help. One of the best routes is to file for worker’s compensation benefits. State rules differ, but if a farm has a certain number of employees or pays a certain amount in wages, they have to have worker’s compensation insurance just like any other employer.

The first thing that you should do if you come down with an illness on the farm is contact a worker’s compensation attorney. They can help with the complex legal procedures necessary to file a successful claim, but they can also review whether or not a third party was at fault for the illness. Third parties, such as chemical manufacturers, may be held liable if their product made you ill.

Farming is one of the nation’s oldest professions, and even with every modern advancement in technology, the need still exists for farmers to do what they do, and that is to provide us with the most basic of requirements, food. Sadly, this puts them in danger every single day. Even organic farmers face serious environmental risks through their work. These dangers make it pertinent for you to remain vigilant while on the farm, but luckily, if you do manage to come down with an illness, there are several ways that you can ensure that you’re taken care of.

Debbie Nguyen is a graphic designer and blogger in Atlanta. In researching potential hazards from radiation exposure, she found that workers compensation attorney New York located, The Perecman Firm, P.L.L.C., have been guiding workers of all professions through the legal process.

Avoiding Bringing Your Garden Into Your Home

Green technology in building houses pioneered by a couple in Provo