What do you do with 4 million tonnes of waste from Europe’s biggest construction project? Few of the 10 million-plus passengers who enter or exit the English side of the Channel Tunnel each year are aware that a nearby nature reserve was built from chalk marl excavated during the construction work.

Since opening in July 1997, Samphire Hoe has become home to more than 200 species of plants, including the rare early spider orchid, 120 types of bird and 30 varieties of butterfly.

The stunning scenery also provides the ideal backdrop for the tourist attraction’s most recent addition. An education shelter was opened late last year where visitors can take a break from their coastal walks or picnics to meet the volunteer rangers and discover more about Samphire Hoe and the surrounding areas.

And word is spreading about Samphire Hoe. The tourist attraction’s Facebook page has received more than 5,800 visits and 800 Likes.

Spreading the word online is crucial for the nature reserve’s continued success. As marketing agency Art Division explains: “But no matter how good any tourist attraction is, it will never gain maximum exposure to its target audience unless it is amplified on social media.” 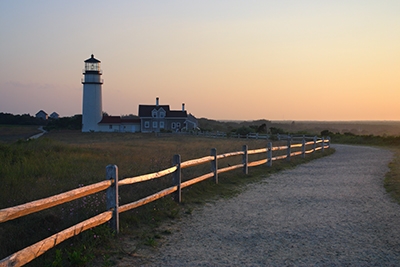 But Samphire Hoe was not created to be viewed on a screen. Rather, the environment is at the heart of its existence – even down to its location.

Its landscaped hills, valleys and wetlands are built on reclaimed land between the Kent towns of Dover and Folkestone that is also the ventilation plant for the tunnel.

Around 60 sites were proposed for the disposal of the Channel Tunnel waste, or spoil as it is known.

However, scientific research revealed that depositing spoil at the base of what was then known as Shakespeare Cliff in artificial lagoons built with sheet piled walls was an environmentally acceptable option. This also had the benefit of providing an increased work area as tunnelling works progressed.

Not only that, there was already access to the base of Shakespeare Cliff from the Dover to Folkestone railway line and through a tunnel in the cliff left from an earlier attempt to create a Channel tunnel that was abandoned in the 1970s.

But the chalk marl excavated by the boring machines in the 34.4 miles of tunnel still needed to be transported to the cliff base. The solution was to load it onto rail tipper wagons, which were brought back along the tunnel and then moved onto the surface by conveyor belt.

Construction of the sheet piling enclosed lagoons began in February 1988. When complete in 1990, they were then infilled with the chalk marl to create the work site that became known as Shakespeare Cliff Lower Construction Platform.

Landscaping of the nature reserve did not start until October 1993 – seven months before the Channel Tunnel officially opened, and almost four years before Samphire Hoe welcomed its first public visitors.

What’s in a Name?

Foodies hoping to source supplies of samphire from this Kent tourist attraction will be disappointed. The samphire that is most often eaten today is marsh samphire, also known as glasswort or Salicornia, and grows on the upper edges of salt marshes nearer Romney, about 30 miles down the coast from Folkestone.

The nature reserve owes its name to a competition organised by Eurotunnel and also the Dover Express newspaper in 1994. Former English teacher Gillian Janaway came up with the winning entry, which was inspired by the site’s former name and the following quote from William Shakespeare’s play King Lear about the cliff whose high looks fearfully in the confined deep

To help the nature reserve live up to its new name, rock samphire seeds have been sown onto the top edge of the sea wall at the Hoe and the plant – which is unrelated to marsh samphire – is now thriving.

This post has been provided by ProSkips. We recognise that not all waste material produced by construction projects can be used to promote biodiversity. But if your construction project needs a skip hire service that takes its responsibilities to the environment seriously, contact us today.

Learn More About Oil Resources: Canada and The Oil Sands

Green Home Remodeling: How To Make Your House Energy Efficient