So what’s the difference between Sound Cards and Audio Interface, well before we get to that we need to cover a bit of PC recording history and delve back to the time when ASIO was not even a twinkle in Steinberg’s eye! 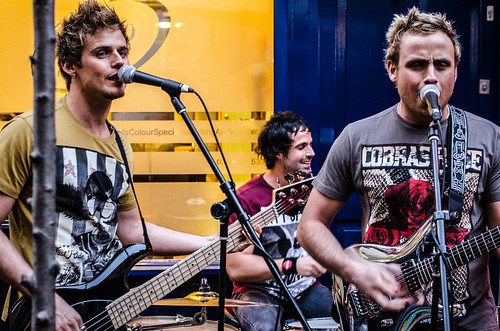 For those of you that remember PC recording in its infancy, you will no doubt recall the difficulties that we all had to endure, from IRQ conflicts to latency times approaching three quarters of a second. My first experience was when Logic (now owned by Apple) introduced Logic Audio with the ability to record about 4 tracks of audio, this gradually increased as time went on and PCs/Macs became more powerful. Yes Logic was actually a cross-platform package in the early years!

At that time there was an extremely limited choice of soundcards available, Pinnacle was one of the few but installation at times was frightful and required the knowledge of a computer science degree to bed them in. For example, you regularly had to check in the BIOS (Basic Input Output System) configuration to make sure that the slot that you intended to use, whether PCI or ISA, was not sharing an IRQ with another device, or slot.

If it was, it was a non-starter and you had to reconfigure your PC before you did anything. For those of you that have not heard of BIOS count your blessings, as this do not even come under Windows control/operating system and requires accessing before your machine even boots!

Anyway, back to Pinnacle sound cards. These generally offered 2-inputs and 2-outputs; if you were luck you got Duplex. Yes, this meant that you could run ins and outs at the same time – a bit basic to say the least when compared to what is available in terms of audio interfaces today. However, one novel feature was that these soundcards either came with inbuilt sounds, held on a Wavetable, which you were able to access via your sequencer as opposed to using an external sound module.

Yamaha even developed DB50XG to run as an expander, or daughter board, for these cards. DB50XG actually had an extensive XG Midi sound set and offered quality sounds for the time, and piggy-backed onto a soundcard. Later came SW1000XG, which offered stereo I/O and ASIO compatibility along with an XG sound set, which is why these earlier cards sere generally labelled ‘soundcards’ as they not only allowed users to record audio but also contained MIDI sound sets.

However, manufacturers moved on as technology developed. Actually, it was quite amusing when the first iMacs and Blue G3s arrived from Apple – nothing worked with them! So much for the ultimate musician’s machine! At the time everything was either PCI in terms of recording audio and all Midi interfaces were either serial port or parallel port – these things came with only USB and Firewire. However, a year or so later the industry caught up with this revolution and the first USB devices started to appear.

As the raft of USB and FireWire products that we now know and love were developed the appetite and subsequent demand for inbuilt sounds diminished and these products simply offered audio input and output interfacing for PC/Mac based recording setups. This is where the name change started and remains, as it simply became more apt to refer to either USB or Firewire audio interfaces.

With the introduction of Cubase Virtual Studio Technology (VST), the ASIO protocol and significant developments in processing power, computer recording literally took off. Latency times of single digit milliseconds were becoming achievable, albeit not with USB 1.0 devices which still operate in the 20-30ms range. M-Audio’s range of Delta series PCI card became extremely popular, as did a raft of other products some good, some bad, some easy to install others absolute pigs.

On this point, anyone remember gadget Labs? I still have nightmares and navigating this type of product was almost a job in itself.

However, as USB and FireWire drivers developed their installation process became evermore straight forward and users started to move away from PCI products. In addition, as manufacturers focused upon the quality of the inbuilt preamps on USB 2 and FireWire devices, they began to rival if not supersede the performance of stand alone microphone preamps and channel strips.

This hastened the move away from PCI cards, which users generally hooked up to a mixer of some form of another to handle routing and pre-amping, and pretty much led to the demise of the preamp/channel strip market – just look at Focusrite and Universal Audio as prime examples.

As an aside, and to pay this platform some of the acclaim it deserves, Cubase VST was pretty much a revolution and spawned most of the technology we take for granted today. For example, with the release of Cubase VST, Steinberg not only introduced the ASIO driver protocol, it also introduced Plug-in and Virtual Instrument protocols which we still use today across numerous platforms.

Just think of a life without specialised third party plug-in effects and soft synths/virtual instruments, add into this latency times approaching a second – this was PC recording before Cubase VST arrived!

So in short a Sound Card is basically an audio interface. However, the with my old school background, these days I tend to view Sound Cards as PCI products with line inputs and line outputs, whereas any product that offers microphone pre-amps and headphone monitoring as audio interfaces – hope this helped to clear up the myth!

Andy has been a frequent reviewer of music gear over the years, having written for the likes of Fender, Boss and Soundslive. Aside from having a keen professional interest in music gear, he twiddles knobs on a very part-time basis as guitarist and soundman for a bunch of ageing musos that still refer to themselves as a band! More from Andy on Google+