Not a year goes by in which cars do not become quieter, stronger, and more efficient, and this has many wondering about how just far vehicles have progressed since the late 19th century. Here is a look under the hood at a few of the most outstanding advancement to car engines and how they have revolutionized this industry.

Almost all modern engines carry out the process of creating power in four unique steps: intake, compression, power, exhaust. While these four-stroke engines are much more complicated to design and manufacturer, they were a vast improvement over the two-stroke engines that were used for almost 100 years. Four-stroke engines make the most out of every single movement of each piston, and this means less wasted exhaust, more power, more torque, and more
durability.

While some vehicles still do operate with a carburetor, few modern production vehicles are designed without a fuel injection system. In order for a vehicle to operate, there must be oxygen, fuel, and an ignition of these two components. With traditional carburetors, the mixture of fuel and oxygen was practically left up to chance which means less power and less efficiency. Modern direct injection systems are much more powerful as they release highly-regulated amounts of fuel and oxygen into the engine just before combustion. As a result, there is less wasted fuel to keep the pistons moving efficiently. 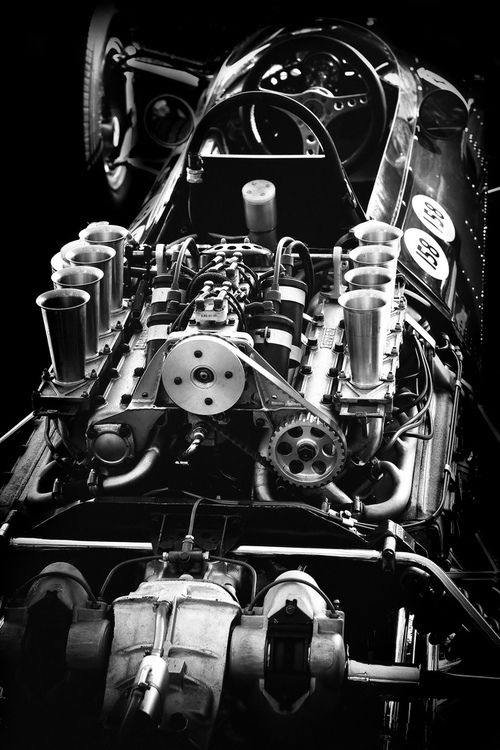 Early autos often had as few as 2 gears for their transmission, the hi and low gears. Over time, vehicles began to receive more and more gears with modern luxury and sports vehicles having as many as 7 or 8 gears. For the daily driver, this means that the engine can spin slower at higher speeds which will result in better fuel efficiency and less stress on the engine.

On-board computers, also referred to as an engine control unit, have been behind some of the most dramatic advancements to the combustion engine. The average engine is incredibly complex with countless moving parts and systems interacting. These ECUs help to regulate everything from the ignition of the fuel to the proper gear for the transmission. They also provide mechanics with a very effective way to monitor and fix engines when even a minor malfunction takes place.

Automotive engineers continue to look for ways to make cars stronger, more durable, and more efficient than ever. Each and every component of the engine continues to be reevaluated to see just how much energy can be squeezed out of every drop of fuel while on the road.

Tips For Selling Your Junk Car

Winterized Life: 3 Ways To Beat The Snow With Tech