For an alcoholic, finding a local rehab centre and getting clean in the first place can seem like the most difficult challenge anyone could ever be presented with in a lifetime. But while getting off alcohol in the first place is extraordinarily challenging to say the least, it isn’t nearly as difficult as attempting to beat alcohol for a second, or even a third time.

While there’s no such thing as a lost cause and even multiple relapses do not necessarily spell a hopeless situation, it is nonetheless considerably more difficult to kick an alcohol habit after previously doing so and relapsing. The reason being that not only can relapsing back to alcohol dependency have devastating effects on both physical and mental health, but knowing that you have already relapsed once can absolutely destroy motivation and lead to the assumption that to try again is essentially hopeless. 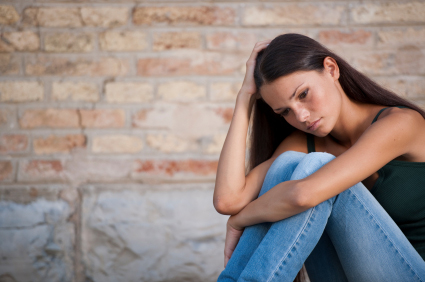 This is precisely why the subject of relapse is one that recovering alcoholics should by no means ignore, but at the same time shouldn’t necessarily spend 24 hours every day panicking about. In theory, it is simply a case of understanding the most important and indeed dangerous relapse triggers of all, in order to work as hard as possible in avoiding them entirely.

Quite often, the four most common of all alcoholism relapse triggers are referred to using the H.A.L.T.  acronym, which groups together the following:

Contrary to popular belief, one of the most common and powerful relapse triggers of all is plain and simple hunger. It’s also a problem commonly faced by recovering alcoholics as while the body goes through what tends to be a rather extensive and comprehensive self-repair and strengthening process, having any kind of appetite whatsoever is rare to say the least. Nevertheless, when the body is hungry and hasn’t been provided with everything it needs to go about its business, it begins to crave things that are not exactly healthy. Not only this, but a lack of nourishment and indeed satisfaction can lead to a lapse in judgment, clouding the individual’s thinking and positive reasoning.

Unfortunately, anger is one emotion it is almost impossible to avoid during the recovery process. The simple fact of the matter is that you are going to feel angry – some get angry with themselves, some get angry with those who may have influenced their alcoholism in the first place, some get angry with friends and family members for apparently abandoning them and some feel anger at the fact that their recovery appears to be taking way too long. In all such instances, anger has the potential to seriously cloud the judgment of the individual in question and lead to poor decision-making. As there is no realistic way of avoiding anger entirely, it is important to both accept it and to find ways of positively, or at least proactively, controlling it.

There will also be those for whom the most difficult thing to handle throughout the recovery process is the inherent feeling of loneliness. It’s natural to assume that if you have plenty of friends and family members around you at all times to lend a helping hand, there’s really no need for any such feelings of loneliness.  However, so many recovering alcoholics find themselves falling into deep loneliness due to simply feeling as if nobody really understands what they are going through and that they are to a certain extent facing their demons alone.  That being said, things are exponentially more difficult for those who do not have friends and family around to support them, for whom loneliness can be nothing short of unbearable. At all times therefore, it is imperative to make every possible effort to avoid loneliness.

Last but not least, something else that is inevitable throughout the recovery process and is also guaranteed to cloud the judgment of the individual in question is tiredness. Recovering from alcohol addiction is a long, difficult and incredibly challenging process in both mental and physical capacities. It is therefore inevitable that recovering alcoholics will spend much of their time feeling tired, lethargic and apathetic – all of which are exactly the kinds of feelings that can lead to relapse. Of course it is not as if anyone has the ability to just pull energy and motivation out of thin air, but at the same time it is of the utmost importance to make all necessary efforts to remain energised and active.  Despite the fact that your body may be telling you the exact opposite, this is in fact no time for lounging around and doing absolutely nothing.

What Are The Top Causes Of Vascular Disease?

Workout Plans and Their Significance