Economic uncertainty has become a fact of life for many Americans, especially those Americans who work in manufacturing. Once proud communities that helped manufacture all the products that made Americans’ lives easier and the nation the richest in the world, have now become ghost towns as factories close up shop and move overseas. In the midst of this hardship, however, a few communities are rebounding with the help of green energy. Newton, Iowa is one such community. When the chief employer in Newton, Maytag, closed its factory a couple of years ago, many feared for the very survival of the town. Now, however, with the help of wind power and government tax credits, Newton has become a model for how manufacturing communities can rebound when factories are shuttered. We will look at the remarkable story of Newton, and what it can teach other currently depressed communities across the United States. 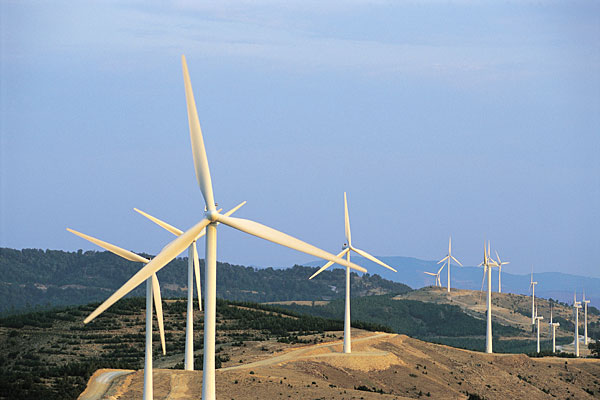 For over a hundred years, the main employer in Newton was Maytag, the manufacturer of dishwashers found in homes all across America. Generations of families worked at the Newton plant, and most of those workers were happy knowing they had a stable job that provided them with a decent wage and good pension for retirement. So when Maytag suddenly shut its Newton plant and left town, many former employees were stunned. Unemployment shot up, and Newton was left feeling as though the very center of the community had been ripped out. Many other businesses in the town that depended on the revenue the Maytag factory pumped into Newton also began to suffer, and the very survival of Newton seemed to be put in doubt. Newton was on the verge of becoming a shell of its once proud self, but as luck would have it, the town was saved by an industry few in the community had any experience with: wind power.

With the help of government tax credits, TPI Composites built a new plant in Newton to manufacture the giant blades used on wind turbines. Meanwhile, Trinity Structural Towers took over the old Maytag factory and began manufacturing the steel towers that support the wind turbines. The wind energy industry was able to add 1,000 new jobs, bring down the unemployment rate in Newton beneath the national average, and help this community thrive when so many others in a similar situation had suffered.

An Example for the Nation

Nowadays, Iowa, one of the least populated states, falls behind only Texas in wind power generation. Texas and Iowa have led the way in wind power primarily due to government tax credits that help subsidize the cost of electricity production, as can be learned in Texas’ case from sites Reliant Energy. These tax credits were essential to Newton’s success, and the town has become a shining example for communities all over America of how they can use wind energy to boost employment and keep their towns thriving.

The days of being able to rely on a thirty-year job at the local factory are fast disappearing. The economy is changing rapidly, and manufacturing facilities that once promised stability and jobs for decades are closing up shop across the United States. But as the case of Newton, Iowa demonstrates, communities that suffer from a factory leaving down can find rejuvenation with the help of a growing wind energy sector.

Laura Murry is a energy saving advocate and business consultant. She loves to share her findings on energy focused blogs online.

Are You Heading For Disaster? How To Pick The Right Solicitor