One of the issues of concern in today’s world is the amount of processed food that is consumed. There is an argument that it is the only way for the industry to keep pace with demand. It is not an altogether satisfactory answer because there are successful food suppliers whose aim is to deliver fresh food to your door. 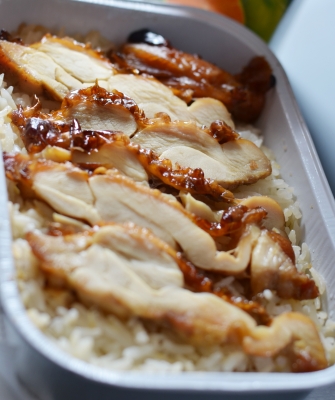 Food hygiene is an important issue in today’s world and people are, quite rightly, extremely unhappy if they feel they have been mislead.  In recent times there have been examples of where food producers have been less than forthcoming with the detail of what is contained in a burger or a sausage because it is frankly impossible other than by independent testing to know.

For some people it is more than a concern to know the source of the meat they are buying and how that meat has been obtained.

In the case of Muslims there are meats that are forbidden, most notably pork, but they also need to know how the bird or animal was slaughtered. In order for meat to have the ‘halal’ label it must have had its throat cut by a sharp knife and the blood must then be drained away.

This applies to everything, beef, lamb or chicken and when they are killed their death is marked by invoking the name of Allah and saying three times that ‘God is great.’

In the UK the majority of meat is not ‘halal’ because of historical practice but there is certainly no problem with the meat as far as non Muslims are concerned. Ask the number of tourists who go to Turkey every year. They enjoy meat of all kinds and it is certainly ‘halal.’ There are now in excess of 30m visitors to Turkey each year and the vast majority are non Muslim.

It is reassuring for Muslims in the UK to know they can get supplies of ‘halal’ meat in line with their religious beliefs. If you are uncertain of where to go to get yours you can find some sources by looking on the major search engines such as Google. You can enter your location in the UK but you may be happy just to ask for the product because there are nationwide suppliers who follow the most stringent food hygiene rules.

Meat suppliers along with many other businesses have grasped the fact that the Internet is now the major marketing tool at their disposal and consequently have produced websites that explain the products and the ordering and delivery system.

Once you find someone who looks to provide the service you want you will be welcome to ask any questions before placing any order.

Halal chicken can be delivered fresh to your door in keeping with the reputation that has been built up over a number of years. It is why customers who first try the service become regulars when they buy their meat. There obviously needs to be trust between a client and a supplier.  That trust is well placed.

Which Is Your Favorite Food Destination