Experts predict high chances of hurricanesin 2013, out of which, a majority of them will be storms (around 7 to 10), few hurricanes (3) and rest (6 to 7) could develop into severe hurricanes. It hasn’t yet been estimated precisely as to how many exact numbers of hurricanes will affect the nation on the whole, but it seems to be quite a busy hurricane season to say the least. 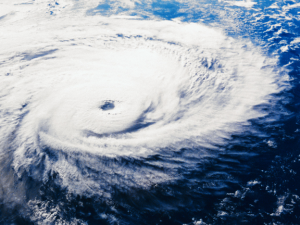 Following the Foot-Steps on Sandy Super-Storm

With the impact of super storm Sandy fresh in minds, yet another such season is predicted ahead. Experts warn citizens to be prepared and ready for life-saving plans over time. The reasons for active storm prediction include above average temperature in Caribbean Sea, Atlantic Ocean and climate patterns, as well as suppressed El Nino, which begins in the Pacific Ocean and this weather phenomenon has strong effect on surrounding nation’s climatic conditions for over next 3 to 6 months. It is predicted nearly 21 storms would occur and would be named alphabetically.

When Do the Storms Occur?

When the wind reaches 39mph or more, it would be storms, while winds that hit above 74mph and 111mph are called hurricanes and major hurricanes respectively. The recent names of storms are Tomas (2010), Irene (2011), and Sandy (2012). Katrina hurricane occurred in 2005 and damaged much of Gulf Coast and New Orleans.

This 2013 hurricane season started on June 1st and is more likely to be kind of dozy, with more storms than major hurricanes. The peak hurricane movement is expected to be during the month of August or September.

Planning Ahead of a Disaster to Protect Your Family

Though inhabitants from coastal regions are at the highest risk, it is better to plan ahead to protect your family and property during this hurricane season. As the cyclone period gets underway, emergency management leaders, officials and disaster planning company are busy preparing their plans to protect home, property, and businesses in their areas. The firms help the cities to be proactive instead of reactive during major storm.

Since this hurricane season is predicted to be quite an eventful one, disaster planners are making conscious effort to be geared up for not just storm season, but any extreme climate change period. Stronger storms are expected this year due to the atmospherics, coming from Atlantic basin.

So far, Andrea, Barry, and Chantal hurricanes are expected in this season.

Flooding is one of the most dangerous factors, as it can sweep away a vehicle; other risky elements include tornados and most hurricanes would occur in Sept.

What Do You Need to Protect Your Family?

In order to protect yourself and family, you need to carry emergency kit, comprising of first aid items, NOAA radio, clothing, water, food, medications, and important documents. It typically takes Fed Emergency Management service to 3 to 4 days to get down and start helping.

It is imperative to have a backup plan- though state has generators and if electricity goes, officials will have alternate arrangements, the first priorities will be fire stations, police stations, city halls, nursing homes, and hospitals.

It is important to keep your supply kit in waterproof bags such as duffel bags, unused trash cans, and plastic tubs. If there is storm warning in your area, it is better to evacuate your home for some time and stay in safer place; do not forget to take your personal care items and important documents along with you.

This post has been contributed by Jerry Loren, who is a qualified technician and guides people how to be prepared during storm season and protect family members in case of disasters.

How to Create a Beautiful Nursery