When season three of Downton Abbey concluded, Miss O’Brien was alive and well. However, when season four of the hit television series premieres on January 5th 2014, Downton Abbey will be without the devious maid. Miss O’Brien, portrayed by Siobhan Finneran, will be written out of the series.

Why Is Siobhan Finneran Leaving The Show?

Siobhan Finneran has decided not to extend her contract with the series. Her original contract was only for the first three seasons. Finneran cites that she only participates in roles that she loves performing. After three seasons, Finneran has decided she is no longer in love with the Miss O’Brien role. Finneran will focus her extra attention on her latest television series, The Syndicate.

Finneran is not the only actor to leave the hit drama series. Jessica Brown Findlay and Dan Stevens will also end their roles after three seasons. Findlay portrays Lady Sybil and Stevens plays Matthew Crawley. 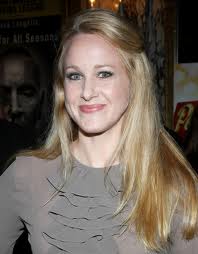 What Will Happen To Miss O’Brien?

The future is unclear for Miss O’Brien. The show’s creator, Julian Fellowes, may or may not choose to keep the character alive. Since several main characters have seen death as their exit off the show, O’Brien may still be living during the fourth season. Keeping O’Brien alive leaves the door open for a possible return of the maid.

One common theory suggests that Miss O’Brien will receive a job with a new family. As for the family, the most likely choice seems to be the Scottish cousins from the 2012 Christmas episode. The family’s trip to India would provide a good cover story for the maid’s departure.

Recently, Rob James-Collier stated that Julian Fellowes has begun auditioning potential replacements. James-Collier plays the under-butler, Thomas Barrow, on Downton Abbey. Miss O’Brien was Barrow’s former spy on the upstairs portion of the house. She gathered the gossip and relayed that to Barrow. The new character will provide the same connection to the rumors of the house for Barrow in season four.

With the entrance of a fresh character to Downton Abbey, James-Collier’s character will explore a different storyline. The series will not return to the plot involving the sexuality of Barrow. Julian Fellowes cites that he has been down that path and Barrow is finally accepted for who he is. He reminds viewers that, during the 1960s, homosexuality was illegal.

Furthermore, the replacement co-worker will not be Barrow’s new love interest. However, the character will be somebody from Barrow’s past. Barrow will hold a secret over the new help and use it to his strategic advantage. Television viewers will be left guessing throughout season four as to what the secret actually is.

James-Collier admits that he is excited for the next chapter at Downton Abbey. Due a recent movie role, James-Collier will sport a $6,000 wig when shooting begins.

Jeri Ratliff is a self-proclaimed movie critic. In her free time, she likes to share her insights with others on various blog sites. You can learn more by going to http://www.direct-ticket.net for details.

A Trip To Mumbai: Places To visit