When a child grows up in a home that is plagued by violence, they have an extremely difficult time living a normal life afterwards. Violence can happen in many forms, whether it be emotional, physical or sociological. While the forms differ, it still causes severe trauma. Children are easily impacted and when they are surrounded by domestic violence, they know only pain. 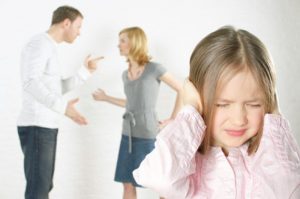 The effects of domestic violence on a child are not temporary and can take years of professional therapy to heal. Behavior that is most common with children is aggressive and antisocial. Children are prone to having anger problems not only with their peers, but as young adults as well. If all you know is pain and anger, then there is a chance you will experience that as well. Even when the chaos is over and time has passed, a parent cannot fix what they have done.

Some of the emotional effects that domestic violence has on children is guilt. When they are not aware of why these problems are happening, they believe they are the case. Guilt can be a hard feeling to get rid of, and as much as you are told it’s not the case, there is never really a resolve. The hurt becomes so deep that apologizing for all the time this went on becomes a waste of time. If a child is lucky enough to work through the issues they once had with the abuser, then there is hope for the emotional future.

Another common factor is the feeling of abandonment. They have many feelings and fears that need to be discussed, and no one there to talk with. It usually is not until after the violence is done and the child is away from it all that they can talk about their feelings and what happened. Too often do children and teenagers commit suicide after facing years of violence and emotional turmoil.

Socialization is part of life and without it, people tend to become loners and hidden. Whether it is from embarrassment or fear of the truth, children will hide from their peers to avoid the situation becoming worse. Those who have anxiety and fear for most of their lives carry that on to their family and are only continuing to inflict pain. Relationships are affected very much because trust is an issue and often is hard to believe in when it comes to a significant other.

Author Bio: If you have been involved in domestic abuse and are looking for legal representation, contact a domestic violence attorney in your city.

How To Have Some Summer Family Fun From Your Own Backyard