When a man, particularly a father, divorces the mother of his children, his available income rises by almost one-third, according to new research. On the other hand, when a woman splits from the father of her children, she finds herself significantly poorer. Her available income, as demonstrated in the 2013 research from Professor Stephen Jenkins at the Institute for Social and Economic Research, drops by over one-fifth, and she finds it a struggle to recover her previous financial well-being. The common belief that a woman automatically lives an easy life off the proceeds of her divorce is not necessarily true, according to this data. 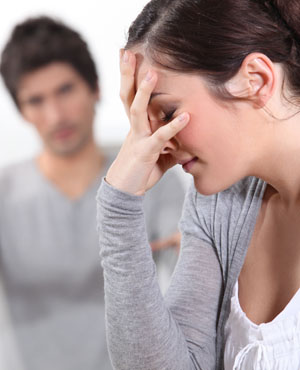 The study looked at data combined from 14 separate British Household Panel Surveys. According to the figures, the financial effect for men is so dramatic that getting divorced can lift many men out of poverty. Women are more likely to fall beneath the poverty line following a divorce. However, the story is a little more complex than the headlines immediately suggest – it is not simply being a man rather than being a woman that makes divorce a more financially beneficial position; it is being a father.

One of the reasons men tend to do better following divorce is the fact that they, traditionally, control the finances of the relationship and can negotiate and arrange a more favourable financial settlement. In many cases, one partner in the relationship hides assets that belong to them in order to pay less maintenance. Partners, in theory, split assets 50-50 down the middle, but in reality the picture is different.

How to Keep the Cost of Divorce Down

It is no surprise that the most contentious issue in a divorce is finance. Settling assets and property is of prime importance for divorcing couples who need to start new lives. Divorce gets complicated when the financial situation of the couple is complex, leading to the likelihood that one party will walk away with more than the other following the split. The financial complexity of divorce should be dealt with by a professional, which increases the chances that a fair settlement will be reached. Attorneys commonly hire forensic accountants to investigate financial settlements – the skills that a forensic accountant brings to the table are such that maintenance payments and child support payments can be successfully arranged so that both parties are left with what they are entitled to. Employing a forensic accountant, such as a professional from www.frenkels.com, can make a big difference in the financial outcome of a divorce. It may not change the overall trend of fathers getting richer and mothers getting poorer after divorce, but a forensic accountant can make the difference between a fair and an unfair settlement for the couple in question.

The Importance Of Gerontology