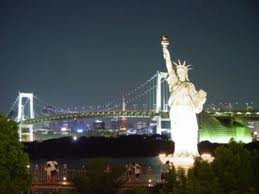 Have you ever been to New York? If not then this is one extensive state that you must tour to discover what you have been missing. Essentially, with the US Esta visa then you can have your gateway to this beautiful cosmopolitan state of New York. New York is a north-eastern state in the United States of America. Actually New York is just but part of the 50 states of America, the 7th densest in term as of population, the 3rd most populous state. The state of New York is usually known as New York State to differentiate it from New York City, which is the most populous city in the United States anyway. New York City is the largest immigration gateway to US and a destination of choice to most foreigners and visitors as well.

The city and the state derived their names from the 17th century Duke of York and is now inhabited by almost every race, tribe and composed of every religion and creed. New York city and beyond has a lot of mind boggling activities and sceneries, from its climate to its land scape, sports, culture to the extent of its modernization as well as its history, New York as a whole has an array of splendor to unearth plus a lot of activities to undertake as well as numerous services to partake not to say some of fantastic activities to be involved in:

If you are a foreigner or a passionate tourist then try to acquire your US Esta visa and let the first stopover be the United States’ magnificent city and state of New York. You will be able to enjoy New York as an insider. First and fore most the NYC skyline is an awe of inspiration from its breathtaking panorama .It is characterized with iconic Skyscrapers, waterways, bridges, monuments and islands. Some of the places you will discover include :The Empire state building, the central park, the Statue of Liberty, to the metropolitan Museum of Arts, the 9/11 memorial ,the Brooklyn Bridge as well as Top of The rock. In addition the Island of Manhattan has legendary icons packed in in it not to mention other city boroughs such as Brooklyn, the Bronx, Staten Island and the Queens Island.

New York Museums and their world class cultural institution will present you with the best insight about the whole history of this state, city and the country as a whole as well as the cultural activities of the residents of this state. Some of its cultural institutions and world class museums stretches from the East82nd street to East105 street almost a mile long with some of these institutions being; Neue Galerie, The Metropolitan Museum of Art, The Jewish museum, The national Museum and School to the Whitney Museum of the American Arts to which they  showcases some of the nation’s premier collections.

Other revered places when it comes to discovering New York are the sports stadium such as the Yankee stadium, Parks, animal zoos such as the Bronx zoo that comprises of an urban wildlife, including animals such as the Zebra, Giraffes, Lions, Gorillas and many more. Some other spectacular must see places while in New York include the magnificent transport system from the Staten Island ferry to the subways and technologically advanced fly overs.

Traveling Abroad? Don’t Travel Without These!

4 Warm Winter Getaways You Should Check