Being the largest organ on our body it’s been proven that our skin has an ability to partially or completely absorb the ingredients in beauty products we apply, right into the bloodstream. This fact creates real concern over the safety of mainstream makeup often containing a number of chemicals which have been proven to be dangerous for health but still being legally allowed in mainstream cosmetics. 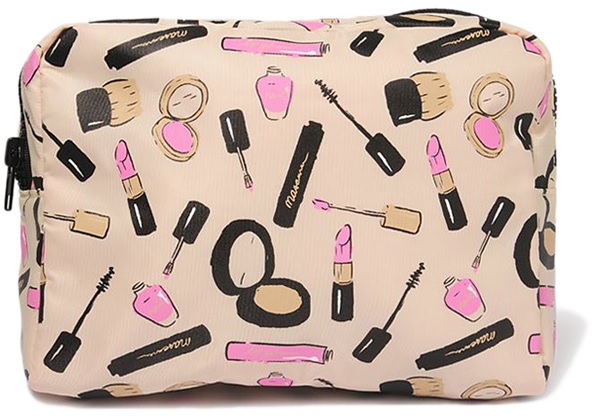 Below you can find a quick summary of the most commonly used chemicals that can be found in makeup products that many women use on a daily basis.

Butylated hydroxyanisole (BHA) and butylated hydroxytoluene (BHT) can often be found in lipsticks. Both are linked to hormone disruption and organ-system toxicity which led the European Union to ban its use in cosmetics. Unfortunately, despite the fact that it has been proven to increase the risk of cancer it is still perfectly legal to use it in cosmetics in many counties including the US.

Carbon black is an often used ingredient in both eyeliner and mascara. It is a dark powder derived from carbon-based product such as coal tar. It is classified by the International Agency for Research on Cancer as a Group 2B carcinogen based on “sufficient evidence” in animals.

Aluminium powder is mostly used to give makeup its colour so it often can be found in eyeshadow. It’s a known nervous system toxicant and allergen. It also has a potential to effect the immune system and has been linked to Alzheimer’s Disease.

Similar to lipsticks, BHA can be commonly found in blush as well. An additional chemical often used in blush is methylparaben which can be easily absorbed by the skin and has been linked to hormonal disruption, allergies and cancer. Moreover, in reaction with UVB it can speed up the skin’s ageing process.

Nail polish can often contain formaldehyde releasing compounds such as DMDM hydantoin, diazolidinyl urea, imidazolidinyl urea, methenamine, quaternium-15, and sodium hydroxymethylglycinate. Despite the fact that the International Agency for Research on Cancer classified them as human carcinogen they are still legally allowed to be used in cosmetics in many countries.

Often it’s not easy to understand if a product contains harmful ingredients or not, as there are thousands of components that can be used within beauty products and to memorize them all would be impossible. The easiest way would be to check with the Environmental Working Group database  to see if the product you’d like to buy is safe enough. Another way is to switch to organic makeup, which certainly should be certified to assure its safety and quality.

The Ayurvedic Approach To Glowing Skin

The Triumphs & Trials Of Buying Your Wedding Dress