Science takes a different view. The problem lies with the man in 30 to 40 per cent of infertility cases. Poor sperm motility, frequent abnormal forms, the presence of antibodies, low sperm count perhaps due to excessive drinking or smoking may all affect fertility, as can pollution. In 2005, a team of researchers led by Rome-based scientist Marcello Spano found that DNA damage in the sperm of 700 men rose in relation to their exposure to common environmental pollutants called PCBs. The effect was seen in all ethnic groups studied apart from Inuit men.

As with most medical research, particularly in the area of human fertility, there are those urging caution. Commenting on the research, Dr Allan Pacey, secretary of the British Fertility Society, said: ‘We still have a lot to learn about how man-made chemicals interact with the male reproductive system.’ 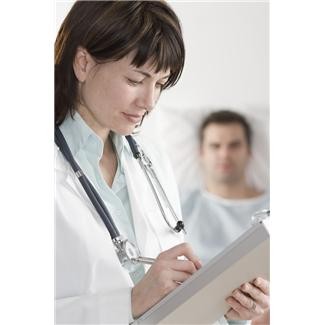 Smoking affects women’s fertility too. One major American research project suggested that 38 per cent of non-smokers conceived in their first cycle compared with 28 per cent of smokers and that smokers were 3.4 times more likely to have taken more than a year to conceive. Now, links between infertility and smoking are assumed in most pregnancy handbooks and official literature.

Being extremely underweight or clinically overweight will reduce fertility, as can emotional distress. Depression, bereavement, persistent low-level illness, redundancy, may very well all act as short-term barriers to pregnancy.

The single most important identifiable cause of infertility in women is pelvic inflammatory disease (PID), which can be the result of contracting a sexually-transmitted disease. The most common sexually-transmitted infection in the UK is chlamydia, which research suggests is the cause of 39 per cent of all PID cases. In 2004, more than one per cent of young women aged 16-19 were diagnosed with it, although since at least 70 per cent of women have no symptoms, the real figure is thought to be much higher. On infection of the membranes surrounding the embryo (chorio amionitis), affected women run a higher risk of stillbirth and prematurity and about 60 to 70 per cent of babies born to infected women contract the disease during delivery, resulting principally in infant conjunctivitis and pneumonia. After one PID attack a woman has a 15 per cent risk of becoming infertile; two attacks and the odds rise to 30 per cent; after three attacks, 45 per cent of women can no longer conceive.

Polycystic ovary syndrome (PCOS) is the most common cause of infertility in women who have irregular or no periods, where the ovaries are usually, although not necessarily, slightly larger, smoother and thicker than normal, with tiny follicles on the outside. Each follicle contains an egg that doesn’t reach maturity. Sufferers may have skin problems, including acne, have a tendency to be overweight, suffer from hirsutism (excessive body hair) or even hair loss, and have higher than average levels of insulin in the bloodstream. The main hormonal abnormality is increased LH levels with normal or low FSH levels. As yet no one knows what causes PCOS.

Many women who seek fertility counselling do so because they experience depressing and confusing secondary infertility; about five per cent of couples, having conceived once, find they cannot conceive again, according to Infertility Network UK. The cause may be PID, or that some women suddenly stop ovulating altogether. Others develop antibodies to their partner’s sperm that kill them off.

If you – or someone close to you – is having trouble conceiving, the most important thing is that they should not to be afraid to ask for help. Most chemists sell over-the-counter ovulation kits, to help you work out when you are at your most fertile. If, after all your best efforts, you still have not become pregnant, don’t be embarrassed to go to your GP and ask for advice.

Janice is a practicing nurse at a leading hospital in the state of Arizona. She has been writing articles in her free time discussing on how individuals are option for getting consultation from an online doctor for medication and prescription

Warm and Nature-Friendly: The Benefits of Having Bioethanol Fireplace In Your Home

Let Us Show You How Easy Weight Loss Can Be