Even though there are many people around the world who consider the internet to be a part of their daily lives, there are still those who don’t understand it, and therefore don’t place any value on it, and so don’t use it. While this can represent a personal choice, some of those who don’t use the internet on a regular basis work in the very place which is in charge of how it’s regulated.

According to Mozilla CEO Gary Kovacs, an alarming number of those in U.S. Congress believe that he internet can be better understood by hiring employees who are versed in using it. Kovacs’s stand on the situation is that those who don’t understand how the internet works shouldn’t be working in government.

While this may be a blunt way to put things, when you consider the fact that Congress is at the head of the movement to regulate usage, the lack of internet skill that seems to be running rampant within Congress walls certainly is ironic. 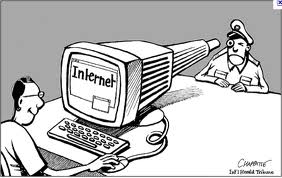 Does Lack of Knowledge Cause Confusion and Panic?

When something is misunderstood, irrational fears about it can be the result, followed inevitably by panic. In the case of how the internet is goverened, Adam Thierer, a senior research fellow at the Mercatus Center at George Mason University with the Technology Policy Program has suggested that this ‘technopanic’ can manifest itself when laws are created based on those irrational fears and misunderstandings.

Cyber Fears and Their Source

Thierer sees the propagation of ‘cyber fears’ in the form of cycles. Varied groups with irrational fears based on a lack of knowledge first communicate them to other groups who have their own irrational fears. The communication of these worries reinforces to these other groups that any fears they have are justified.

Should the outcry be large enough to be heard by the media, policymakers and the public, it quickly becomes a ‘problem’ that can only be solved if it’s eradicated. Eradication efforts can take many forms including the creation of policies, such as technology or content.

Along with the creation of eradication ‘solutions’ based on communicated irrational fears is something Thierer calls ‘threat inflation’, which is often used by pessimistic critics of internet policy to further their causes. One example of this is the nature of and perceived increase in the sophistication and amount of damage that cybercriminals apply to targeted web sites and user information. It has long been the general opinion that regulation and technology are the only two things that will protect the public from these attacks. But is this perception based on fact, or fear?

The Danger of the Fear Cycle When It Reaches Congress

Although the implementation of laws is necessary in order to ensure a safe population, there are also several instances where those same laws can limit society’s benefits. Where internet policy is concerned, the formation of laws and solutions based on cyber fear and threat inflation can, ironically, result in the complete non-use of technology; technology which could further education and otherwise benefit citizens. Other harmful effects of the basic misunderstanding of the inner workings of the internet include:

Thierer feels that the limitations to idea flow, innovation and free speech caused by fear-based policy can be avoided, simply by presenting hard evidence and utilizing reason before policies and other forms of internet regulation are constructed.

Guest author Jesse Schwarz enjoys writing about technology and related issues, as well as helping consumers find the best online deals.  You can read more about internet providers Los Angeles and other cities in the United States if you are looking for internet service.

Protecting Your Equipment During Winter

Are We Getting To Grips With Solar Power?

Why Choose A Career In App Development?