Even as Blackberry readies itself to face the crucial Q4 results, the much talked about Z10 hits US markets days before. Z 10 which features the new and updated operation system BB 10 and is talked about to have an intuitive user interface, is being talked about as the phone that will revive the fortunes of the mobile phone company.

Earlier known as Research in Motion or RIM, BlackBerry recently changed their name and are in a process of change as their CEO has us believe. This along with the new operating systems are said to be the company’s last attempt to pose a serious competition to smartphone giants such as Apple and Samsung. Though it well known that it was BlackBerry who had set this market ringing by introducing a swashbuckling corporate friendly mobile phone that was also powerful, it is a fact now that they lag far behind the giants in terms of sales and apps. 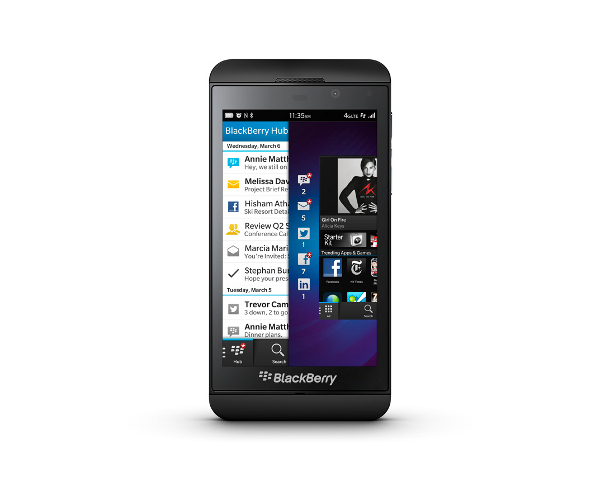 App Friendliness the Key to Success

Market experts have us believe that the key to BlackBerry’s success lies in its ability to introduce more apps in its platform that today lacks behind Android and Apple by a huge margin. One more crucial factor will be the price. Twitter has been buzzing off late with the price that BlackBerry has fixed for its latest models and the crowd seems to be in a mood to experiment, provided the quality is good.

The investor’s interestis increasing. The company’s shares have been on a high and have even increased by 20% in February-march, days ahead of the launch in the United States. Though still below the year-long high, the stock rose by 1% on account of the new launch. The world is hoping for a product that will place BlackBerry right back in the race that currently seems to have only two big players.

It must be said here, that though the results from United States will not make it to the Q4 results, which will factor the numbers only till March 2, the results from India and Canada are expected to make it. If the early numbers are any indication of what is coming, then this surely is the key test for BlackBerry.

A report from IDC global market suggests that within a year, BlackBerry’s market shares came down from 10 percent to 4 percent, continuing with the mobile phone manufacturer’s great fall from its once leading position. Unless a major improvement is done in the product, the fall is only likely to continue, quip experts.

With competition going at its own speed, it is not expected of BlackBerry to rule the smart phone world anytime soon. However given their uncompromising focus on quality, one does expect them to etch a niche for themselves in the market. Their reputation of manufacturing top class and powerful phones will only aid them in this effort. The mobile world in the United States waits with bated breath for this launch.

Things You Need To Understand About Online Proctoring

STAY AHEAD OF THE CURVE WITH CASIO EDIFICE