Who doesn’t enjoy lounging about on beanbags? There’s something extremely satisfying about plonking down on them and feeling their shapes adapt to your body. Until now, they have been difficult to transport, and aren’t easy to move from A to B. Luckily, a beanbag that can be folded up and taken anywhere is now in the works. It’s currently being funded via Kickstarter, and represents a new stage in the beanbag’s evolution.

These new beanbags will come in smaller sizes fit for children, with images of 3 different endangered species on them in order to teach kids how important it is to preserve these creatures. The animals in question are the rock wallaby, mountain gorilla, and the tiger. Rocky wallabies can only be found in Australia, where a total of 16 species live. They are internationally recognised as a group that has special importance for research into species development, and the way in which chromosomes have developed in wallabies and kangaroos. They were once widespread, but many species have now been hunted to the point where they are critically endangered.

The mountain gorilla is the most endangered of all the types of gorilla. These creatures currently only exist in national parks within two areas of Africa. Their numbers have been decimated by people destroying their habitats, the detrimental impact of war, and poaching. Although they were once prominent throughout Africa, they are now few and far between.

Tigers are decreasing in numbers due to the impact of poaching. It is ironic that creatures that were once at the top of the food chain have now been hunted almost to the point of extinction. Perhaps one day, there will be none left at all.

It is important to educate children about the need for conservation in order to protect rare species for future generations. If young people are ignorant to the damage that is being wrought upon them then they will be less likely to push for change. This could condemn numerous different types of animal to extinction. 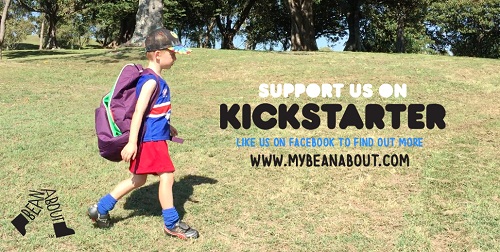 Some claim that the purpose of education should be to teach children basic skills such as numeracy and literacy. However, it is arguable that they should be taught ethical lessons as well as those that will stand them in good stead in their future careers. After all, education should not just be a matter of pursuing qualifications.

These beanbags, known as Bean About, are a fun way of letting children know about the harmful impact that mankind is having upon the natural world. They can act as a catalyst for discussion about these issues, whilst putting a face to the animals that are being wiped out. This is a great idea, and one that we wholeheartedly support. There are few educational tools that manage to be fun whilst at the same time promoting learning. However, Bean About does exactly that. This is definitely a product that we recommend.