The first thing we do after getting an android smartphone is to download a lot of apps and start using them. However not many of us realize that most of the apps available in the Play Store are fake or forged apps. This is where most users go wrong and rush to download apps just by seeing the name of the app they want to download. There are a lot of fake apps in the Google Play Store and these apps could cause some unwanted problems such as a virus infestation or even breech to security may occur.

To be cautious about forged apps, you must at first do a thorough research on the apps that you want to download. For instance, you must know about the android developers who created the original app then you must also know the original size. For instance Rovio Entertainment LTD’s Angry Birds is the original Angry Birds. However, we may see a lot of fake versions have made their way to the Google Play Store and the sad part is that lot of people actually download and use the fake ones. The fake apps of Angry Birds are now taken down by the Google but still there are numerous fake apps for other apps that are present.

Another famous and well known fake app was the forged version of the popular app Netflix. This app was a clever fake to the original since it has only subtle differences in its look, and to any novice and uninformed person this probably won’t make a difference at initial stages. 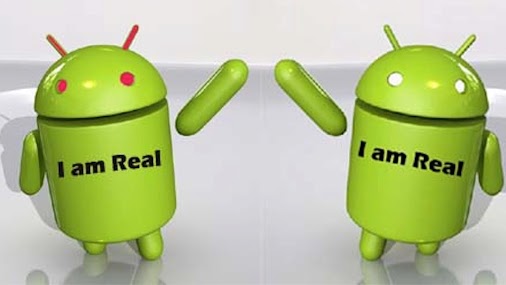 The login screen was a big tip off to reveal that it was a fake app. The original app has the email and password centered approach with links. These links were present either to create a new account or to retrieve your password which you generally find at the corner of the login screen. However, the fake android apps had the email and password column on the left and rest on the middle. To anyone who doesn’t know about or to the ones who haven’t seen the real app before this might look real and absolutely fine.

Here are some tips to keep yourself save and cautious from the forged apps;

This is not a problem which won’t end; on the contrary this is a problem that will be resolved soon. Google has started their “Bouncer” service which will now help the Google Play Store to be searched for fake apps. Additionally, this will ultimately cut down all the number of fake, forged, or malicious apps found. However, that doesn’t mean all of the forged apps are gone. Prevention and precaution is better than cure so be cautious. Be safe since these forged apps are worse than they look. They may not just hack your data but also may crash your whole device. Thus be cautious and safe while downloading android apps from the internet.