Since the beginning of humanity, we have been fascinated by the sun. Worshipping it as a divinity, using it in agriculture, and in modern times, identifying it as a perpetual and environmentally-friendly source of energy. Just like the wind, we have found a way to harness the unlimited capacity of this natural resource and turn it into a viable energy source. 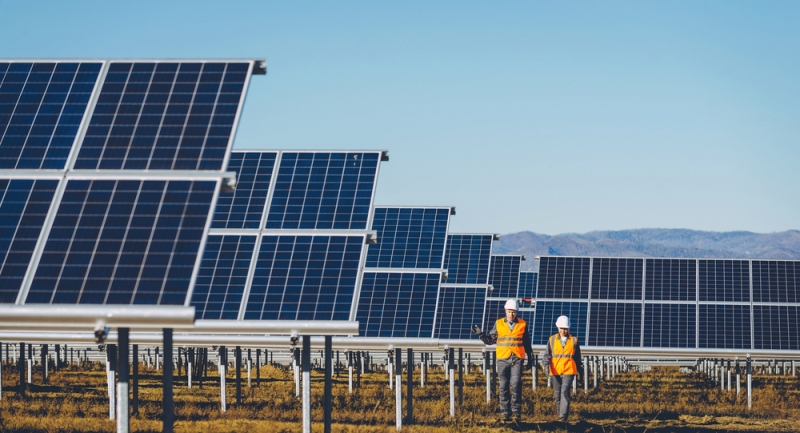 Considering the unstoppable progress of technology, increase in electricity demand and a rapid need for replacement of fossil fuels, Australian solar energy is pioneering the energy revolution. More and more homes and businesses across the country are implementing solar and taking advantage of all that solar power can bring.

Continue reading to learn more about the history and future plans for solar energy in Australia.

The Current State Of Solar In Australia

Polycrystalline PV cells are made from a less pure silicon than Monocrystalline and are slightly less efficient in harnessing sunlight. Thin film solar panels are the cheapest and most inefficient option available on the market nowadays. They are being manufactured by spraying silicon to create a thin film on the solar panel’s framework leading to rates of 8-10% efficiency.

Looking To The Future

Looking ahead, it seems that the technology of the future is perovskites. Varun Sivaram, author of “Taming the Sun,” a book on the future of solar power believes that “for solar to really anchor a clean energy transition we’re going to need technological innovation and perovskite is the frontrunner in my mind.”

Cells that are flexible and easy to produce could soon be available everywhere. Perovskite cells can be painted or sprayed on a surface from an ink solution or churned out of a printer just like a newspaper. With this kind of flexibility, it means they can be attached practically anywhere, meaning a huge boost for solar in Australia and around the world.

A team at Michigan State University created a transparent luminescent solar concentrator that can potentially generate solar energy on any clear surface without affecting your view. In theory, it could be applied to cell phones, windows, buildings, and cars without influencing the view and maintaining an appealing looking surface. Further applications could include adding an additional layer of panels to an existing layer of conventional PV panels, increasing its output dramatically.

One of the biggest concerns when considering solar panels is bad weather. Conventional solar panels cannot always produce an optimum amount of energy in very bad weather conditions, making it almost useless when there is not enough sunlight. The solution may lie in coating the solar cells with a very thin layer of graphene, which the solar panel will absorb and turn into ions. When water makes contact with the graphene, the energy from the produced ions between layers of the newly formed panel will allow electrons to flow, resulting in energy being produced even in bad weather.

It’s been discovered, that a bacteria, however strange it may sound, can be found in almost any aquatic and terrestrial environment and through photosynthesis converts the sunlight into energy. Scientists have changed the materials used in the cell’s cathodes and anodes, creating a chamber to sustain the bacteria resulting in a bio-powerhouse that can replace the typical silicon cell. This bio-solar cell is currently not meeting the desired energy efficiency levels, however, it is opening the door for future research and possibilities.

The Future Is Now!

Installations in Australia reached their highest levels in almost five years and the acceptance of solar energy as a viable energy source is growing by the day. Looking back at the amount of progress that has been made in recent years, along with the number of households and business switching from traditional energy suppliers, it’s safe to say renewable energy is the energy of today and of the future.

Sustainable and Chic Fashion For A Living World

Lack Luster Yard? How To Jazz Up Your Greenery